American Family With Ties to ISIS Repatriated to U.S. From Syria, Officials Say

A woman walks inside al-Hol camp for displaced people in northeastern Syria on May 28, 2019.
Delil Souleiman—AFP/Getty Images
By Amy Gunia

Two American women and six children from families with suspected connections to the Islamic State were repatriated from Syria this week, Reuters reports.

Kurdish-led authorities said the eight Americans were sent back to the U.S. Wednesday at Washington’s request.

The Americans were among thousands of wives and children of foreign jihadists taken into custody after U.S.-backed forces captured the last of the Islamic State’s territory in Syria in March, according to Reuters. The detainees were transferred into overcrowded camps that have posed a dilemma for both local officials struggling to detain large numbers of foreign ISIS adherents, and governments reluctant to take back citizens who lived under the caliphate.

The State Department confirmed that the U.S. had “safely recovered” citizens from Syria and is assisting with the repatriation efforts, according to Agence France-Presse. The spokesperson declined to identify the American returnees citing privacy considerations.

The Kurdish administration said the latest repatriations were based on the women and children’s “free and voluntary desire to return to their country.”

Kurdish authorities are hoping to increase the number of detainees being sent back to their countries of origin. Some governments have shown a willingness to take back their citizens, but “only humanitarian causes,” Abdulkarim Omar, co-chair of foreign relations in the Kurdish-led region said, according to Reuters.

On Monday, Norway reportedly repatriated five orphans, and Uzbekistan took back 100 of its citizens last week. France says it will repatriate only orphans, while the U.K. has stripped some ISIS members of citizenship.

The U.S. has already received one woman and her four children, as well as three ISIS fighters who will face prosecution, the State Department told AFP.

But another high-profile case has met resistance. The Trump administration has said that it will not allow Hoda Muthana, who left Alabama for Syria in 2014, back into the country.

Approximately 300 Americans left the States for ISIS or other extremist groups in Syria and Iraq between 2011 and 2017, according to a study by George Washington University’s Program on Extremism. 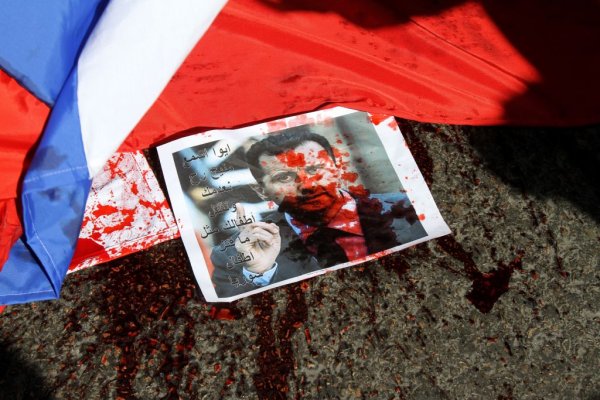 'Brute, Naked Fear.' How Bashar Assad Is Using His Family's Old Tactics to Regain His Grip on Syria
Next Up: Editor's Pick