President Donald Trump took to Twitter Tuesday to call Bette Midler a “washed up psycho” after the actress tweeted a quote falsely attributed to him.

Midler had earlier apologized on Twitter for sharing the fake quote, which called Republicans “the dumbest group of voters in the country.”

Midler hit back after Trump insulted her, saying that Trump is responsible for spreading lies.

Read More: Bette Midler Has Some Very Good Advice for All of Us

Midler continued to blast the president in a series of Tweets after the exchange. She Tweeted about the poor fit of the tuxedo he wore while meeting the Queen of England on Monday, praised London’s mayor Sadiq Khan, with whom Trump had a public Twitter feud earlier in the week, and accused Trump of lying about the crowds he met on his visit to the U.K. this week.

It’s not the first time Trump has insulted the actress. He has in the past called her “extremely unattractive” and said that she “sucked.” Midler has been a vocal critic of Trump throughout his term, and has often taken to Twitter to share her opinions. 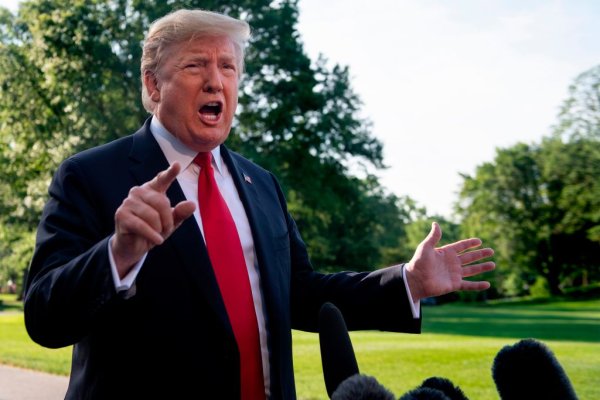