To celebrate 50 years of LGBTQ Pride, Google is debuting a “living monument” to the Stonewall Riots.

In conjunction with the The Center, a New York City LGBT community center, and the National Park Service, Google has announced the project, “Stonewall Forever,” ahead of the fiftieth anniversary of Stonewall on June 28th, which marked a turning point for LGBTQ rights. “Stonewall Forever” launches alongside Tuesday’s Google Doodle, illustrated by Nate Swinehart, which features animated slides that take viewers through five decades of the LGBTQ rights movement.

The Stonewall Riots, which occurred in 1969, are generally regarded as the start of the modern gay rights movement. Early in the morning on June 28th, police raided the Stonewall Inn, a popular gay bar in New York’s Greenwich Village neighborhood. Raids on gay bars were not uncommon in the 1960s, when gay sex was still criminalized across the country and legal regulations prohibited clothing that was not in line with gender norms. However, the reaction to the raid that night was abnormally rebellious and became the catalyst for national protests. Pride celebrations occur in June as a way to commemorate Stonewall and the activism that followed.

“Creating Stonewall Forever with support from Google presented the rare opportunity to broaden the story of the Stonewall Riots and provide a richer, more diverse narrative about one of the most influential events in the fight for LGBTQ equality,” Glennda Testone, executive director of The Center, said in a statement.

The monument is a digital archive of material accessible through desktops, mobile devices and an augmented reality app. Upon accessing “Stonewall Forever,” users find themselves in Christopher Street Park, across the street from the Stonewall Inn. As audio of the famous gay liberation chant “we’re here, we’re queer, get used to it!” plays in the background, what appears to be an explosion of rainbow crystals is visible in the middle of the park. Each crystal shows footage or documents relating to LGBTQ history and activism, and takes users through the history of the movement beginning with the pre-Stonewall activism of the mid-twentieth century and continuing until the present.

Visitors to the monument will also be able to add their experiences through images and text by uploading information to the website. (The submissions will be moderated for hate speech.) Among those who have already contributed are television writer and producer Lena Waithe, actress Lily Tomlin, and singer Lance Bass.

“By using technology, we are able to expand the scale and reach of the Stonewall National Monument so that it’s a shared, interactive experience, bringing past and present together in a completely new way,” said William Floyd, Google’s director of external affairs. “The fight for LGBTQ rights is an ongoing one and Stonewall Forever seeks to tell that story.”

In addition to the monument, Google also announced the launch of Pride Forever, an internet campaign “celebrating the past, present, and future of the LGBTQ+ community.” 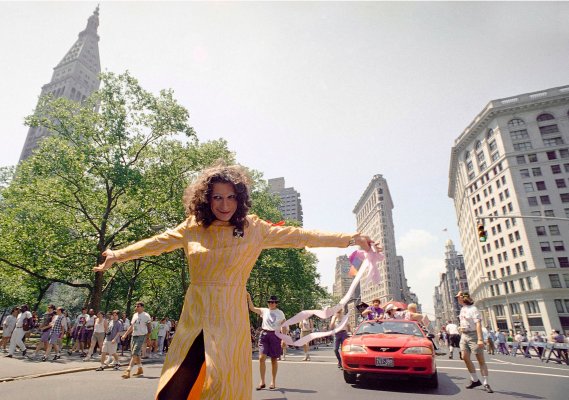 Transgender Activists at the Center of Stonewall Riots Will Be Honored With a Monument in New York
Next Up: Editor's Pick