Cars line up at the San Ysidro crossing port to cross from Tijuana in Mexico to San Diego in the US on April 4, 2019.
GUILLERMO ARIAS—AFP/Getty Images
By Mahita Gajanan

President Donald Trump’s threatened tariffs on imports from Mexico could take a toll on American automakers if and when they go into effect, economists and industry experts say, causing collateral economic damage as Trump seeks to pressure Mexico to take more action to curb the migrant crisis.

Major American automakers, like Ford and General Motors, have factories in Mexico, letting them benefit from lower labor costs by making vehicles or vehicle parts abroad before importing them into the United States for sale. The U.S. imported $93 billion worth of vehicles from Mexico in 2018, according to the Office of the U.S. Trade Representative, more than any other kind of good. About 22% of the vehicles GM sold in the U.S. last year were imported from Mexico, according to research firm LMC Automotive, The Wall Street Journal reports, while that figure is about 10% for Ford.

But Trump’s tariffs, which he says would start at 5% on June 10 before escalating to as much as 25%, are effectively a tax on imports. When Ford or GM imports a car or part from Mexico, it would have to pay any tariff that’s in place. That could significantly increase the cost of automakers’ Mexican operations and disturb their complex supply chains, experts say. While Trump’s announcement sent a variety of companies’ stocks tumbling, it hit American automakers particularly hard: GM was down 5.5% in premarket trading Friday, while Ford was down 4%. Neither automaker responded immediately to TIME’s request for comment.

If Trump’s tariffs are enacted, automakers’ supply chains will be among the first casualties, experts say. American companies, automakers included, rely on Mexico to provide items that aren’t easily found elsewhere, says Susan Helper, an economics professor at Case Western Reserve University and former chief economist at the U.S. Department of Commerce. For example, U.S. automakers might import from Mexico certain instrument panels or a mold that makes a part unique to one vehicle. Tariffs could cause delays in their supply chain that spark a domino effect, she says.

“When you’re importing something from Mexico it’s not like you’re buying lumber from Home Depot, where if the wood isn’t available, you go to some other store,” Helper says. “These relationships are longstanding, and the factories have a lot of very specific equipment needed to make a specific part.”

A 5% tariff wouldn’t lead to a total meltdown for automakers, Helper says. But if Trump steadily increases his tariffs to the threatened 25% level, they would cut into profit margins and likely lead to price increases for car buyers.

Even the initial 5% level could be a drag on automakers. Italy Michaeli of Citi Investment Research told the Associated Press that General Motors anticipates losing hundreds of millions of dollars if Trump’s tariffs are imposed. But car companies with supply chains based elsewhere, like in Asia, won’t incur the same costs, giving foreign competitors a potential advantage over their American rivals. “It’s disproportionately hurting them,” Helper says. (Foreign automakers that build cars in Mexico for sale in the U.S., like Volkswagen, would also be subject to any tariffs when importing goods to the U.S. from Mexico.)

Ann Wilson, SVP for government affairs at the Motor and Equipment Manufacturers Association, which represents vehicle suppliers and manufacturers, says that in the long run, Trump’s tariffs will result in prohibitive price increases on auto parts and, eventually, vehicles themselves. The average cost of a new car in the U.S. is $35,000, according to Wilson, who says that Trump’s tariffs could raise that to nearly $40,000.

“It will raise the cost to consumers, decrease jobs and decrease investment in the U.S. Jobs in putting together vehicles and putting together car parts would be lost,” says Wilson, who adds that tariffs could also cause delays on parts needed to keep used cars running smoothly. “The parts that are coming in from Mexico are not just going to new cars,” she says. “They’re also going to shelves of retailers who provide parts to Americans so they maintain can those cars.” 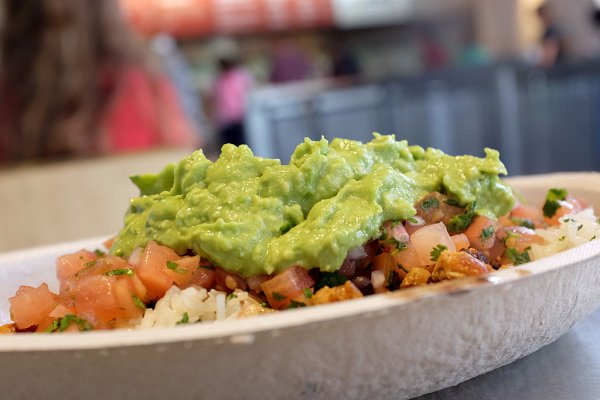 Ready for More Expensive Guac, Beer and Cars? How Trump's Mexico Tariffs Could Affect You
Next Up: Editor's Pick