It’s time for President Donald Trump to create a Cabinet-level agency focused on women and girls to help “guarantee that women’s issues don’t get shoved aside,” says a former U.S. Ambassador for Global Women’s Issues.

“For too long, a policymaking process that does not consciously consider half of the world’s population has been the norm,” Cathy Russell, who served in the Obama Administration, writes in a USA Today op-ed published Thursday. “We should understand the default status quo as deficient and a new women’s adviser as a long overdue corrective.”

In the piece, Russell recalls being questioned many times during her tenure as ambassador-at-large about why the U.S. does not have a Cabinet-level position responsible for women’s and girls’ issues—something, she writes, that is growing increasingly necessary.

Offices for women’s issues are included in many existing facets of U.S. government, including the departments of Labor, State, Justice and Health and Human Services. But Russell argues that this system is too disjointed to work effectively—a problem that has been exacerbated by the Trump Administration dissolving the Obama-era Council on Women and Girls, and by the State Department’s Office of Global Women’s Issues lacking leadership for years, Russell says. And despite the record number of women serving in Congress, Russell writes that the Trump Administration employs fewer women in Cabinet-level positions than any administration in decades.

Establishing an agency for women’s issues within the Executive Office of the President, Russell argues, would ensure that top-level discussions around issues like economics, health care, immigration, paid leave and sexual harassment substantively include women’s perspectives, and increase government efficiency by consolidating efforts currently taking place across the system.

“This administration has shown what happens when women and children are allowed to slide to the bottom of the priority list,” Russell writes. “Our federal government must be truly representative. Women deserve no less.” 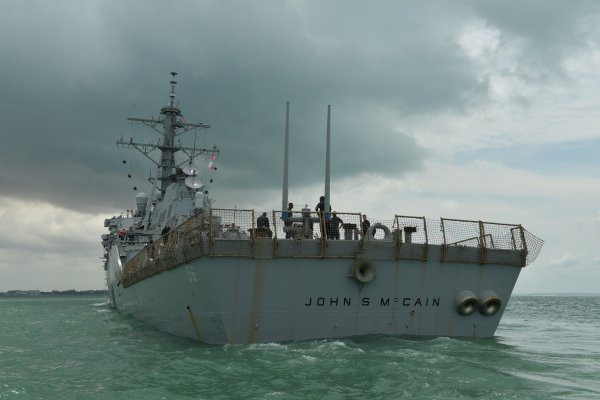 White House Wanted USS McCain Out of Trump's View
Next Up: Editor's Pick