If You Want to Know Why Deadwood Is a Classic, Look to Its Women

There are certainly more eloquent lines in Deadwood than “I don’t like it, either.” But after rewatching all three seasons of the great HBO western this spring, they’re the words I can’t get over. As uttered by a sex worker named Dolly (Ashleigh Kizer), who spends most of her screen time between the legs of Ian McShane’s coarse saloon owner Al Swearengen, they constitute an assertion of personhood from a heretofore insignificant character. “They hold you down from behind,” Al fumes, as she kneels beside him. “Then you wonder why you’re helpless. How the f-ck could you not be?”

He’s referring to powerful men like George Hearst (Gerald McRaney), who is slowly bringing Al—along with everyone else in the prosperous frontier mining camp of Deadwood—to his metaphorical knees. And so it’s jarring when Dolly replies “I don’t like it, either,” because she’s really talking about the johns who physically pin her down during sex. “I guess I do that, too, with your f-ckin’ hair,” Al muses, his voice softening to an uncharacteristic whisper. Though he does plenty of despicable things in the subsequent eight episodes of the show’s final season, he never treats Dolly so roughly again.

It’s a crucial moment for Al, whose evolution from apparent villain to tortured antihero is among the richest character arcs in the history of television. The same history of violence, abandonment and trauma that has made him so fanatical about defending his own autonomy is forcing him to acknowledge his oppression of Dolly (and presumably the other prostitutes who contribute to the profitability of his Gem Saloon). Even more important, however, is the challenge the scene presents to viewers who giggled at Al’s mid-coital monologues and ignored the woman who is their silent audience. Deadwood can be read as a power struggle between three archetypes of American machismo: Al, the individualist; Seth Bullock (Timothy Olyphant), the crusading puritan; and Hearst, the arch-capitalist drinker of milkshakes. But, more than any other show of its kind, it understands the impossibility of discussing men and power without creating equally vivid female characters.

Deadwood, which aired from 2004-06 and will return to HBO for a reunion film on May 31, is the story of a Gold Rush-era camp coalescing into a town in the lawless territory destined to become South Dakota. Drawing on the lives of real historical figures, creator David Milch opens with the arrival of Bullock, a Montana marshal who rides into Deadwood with his partner Sol Star (John Hawkes) to open a hardware store. Al instantly clocks Bullock, a natural cop even without a badge on, as a threat to his anarchic idyll. Yet he comes to rely on the legitimacy conferred by this self-righteous outsider as protection against Hearst’s invasion. Once positioned atop the sovereign camp’s hierarchy, Al finds his stature dwarfed by that of a famously ruthless empire builder. As Hearst and his Pinkertons apply pressure, Al must do his bidding simply to survive.

Further down the pyramid of influence, similar hierarchies proliferate. This level of detail is, in large part, what makes Deadwood such a convincing microcosm for American society. Al has his own small network of underlings who are always jostling for his approval, from the dimwitted innkeeper turned “titular mayor” E.B. Farnum (William Sanderson) to the Gem’s resident muscle, Dan Dority (W. Earl Brown). Mr. Wu (Keone Young) is the Al Swearengen of Deadwood’s Chinatown. The town’s most pathetic white men lord their racial privilege over its few black residents. A troupe of actors that arrives in season 3 has its own sometimes-tyrannical leader.

Complicating these 19th-century male hierarchies—in a vision of intersectionality that predates the concept’s crossover from academia into pop culture—is the subjugation of women. Just as Al wields more power in Deadwood than Mr. Wu, prostitutes at the Gem, who don’t live enviable lives by any stretch of the imagination, are slightly less vulnerable than their counterparts in Chinatown. At the other end of the social spectrum, Bullock’s sometime lover, the widow Alma Garret (Molly Parker), has the means to underwrite the town’s first bank, but her status as a single woman both relegates her to a stuffy hotel room and makes her a target for Hearst’s intimidation. Hardly unwitting victims, Milch’s women understand better than anyone how such sexism works. Noting Alma’s absence at a meeting of Deadwood’s leaders at the Gem, a prostitute named Jen (Jennifer Lutheran) quips, “Guess if you got a pussy, even owning a bank don’t get you to that table.”

Like the men, Deadwood’s female characters all represent variations on a handful of western tropes: They are servants, sex workers, scandalized wives, androgynous oddballs like legendary frontierswoman “Calamity” Jane Canary (Robin Weigert, in a tender, neurotic performance second only to McShane’s). That doesn’t stop them from having specific personalities, motivations, virtues and flaws. Disappointed by a parade of bad men dating back to her own scheming father, Alma initially drowns her loneliness in opium but eventually finds purpose as a businesswoman. Joanie Stubbs (Kim Dickens), a madam at Al’s fancy rival Cy Tolliver’s (Powers Boothe) Bella Union saloon, has suffered a lifetime of abuse. But as she extricates herself from Cy’s jealous clutches with the opening of her own upscale brothel, Joanie remains mired in guilt over her love for other women and her knowledge that their bodies are buying her freedom. The greatest romance in Deadwood is the fragile connection that forms between her and Jane, just as the purposeless, childlike Jane is losing herself to alcoholism.

I treasure each of these characters, but the most exhilarating of the show’s women is Trixie, another mononymic Gem prostitute, played with gruff compassion and delicious bone-deep rage by Paula Malcomson. Before Dolly, it’s Trixie who keeps Al company. Her world expands when he sends her to spy on Alma and the two women end up forging an unlikely friendship, across classes, that comes to sustain them both. Once resigned to being Al’s sharpest bedmate, she learns with Sol that she’s capable of love—and bookkeeping. And she veers closer to true heroism than any of the men. Upon learning that Hearst has had Alma’s second husband Ellsworth (Jim Beaver) killed, Trixie shows up at the robber baron’s door with her breasts and crotch bared (to distract him from recognizing her face) and shoots him in the shoulder. Amid so many men with fortunes to protect, it takes a woman whose only real assets are her brain and body to remind Hearst of his mortality.

As role models go, these women are just as shoddy on average as the men. Even if it had been more popular, the show would never have inspired a Khaleesi-like vogue for naming baby girls Trixie or Alma. No one is demanding Joanie Stubbs or Calamity Jane action figures (though I would absolutely buy a pair). What makes these female characters “strong,” to use an empty marketing term, is their completeness. Deadwood shows them respect not by placing them on pedestals, but by giving them wills separate from those of the men who use them for sex or obsess over their purity.

The show’s aesthetics echo its themes. As the man whose gaze shapes our understanding of each woman, Milch mostly avoids hypocrisy by minimizing scenes that use their bodies purely for titillation or as sites of violence. Unlike Game of Thrones, 13 Reasons Why or the increasingly incoherent feminist polemic that is The Handmaid’s Tale, Deadwood shows almost none of the rape, abuse and exploitation that its characters experience. Layered dialogue and subtle acting prove more effective at communicating women’s (and in some cases men’s) trauma than lurid visuals.

In the context of a show that revels in elaborate cursing, where bodily emissions are frequent topics of conversation, this restraint isn’t self-censorship. It’s more like a form of humanism—of respecting characters enough to resist exploiting them. Milch’s own discretion reinforces Deadwood’s cautionary message about men who abuse their godlike power. And it allows viewers to distinguish between who the show’s women are and what a brutal Wild West patriarchy sees in them. Heroism never comes across as an inherently male trait. It doesn’t seem like an accident that the hero who rides into town in the first scene of Deadwood: The Movie happens to be Calamity Jane. 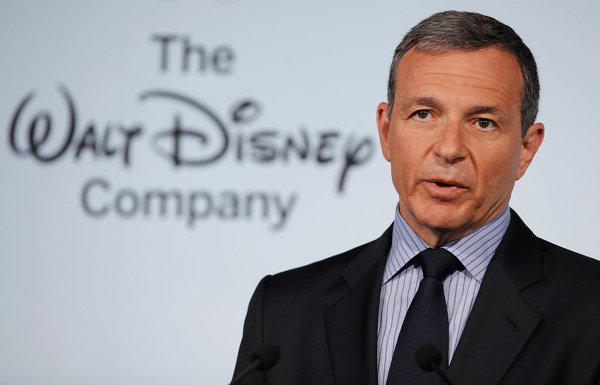 Disney May Leave Georgia If Abortion Ban Takes Effect
Next Up: Editor's Pick