Ireland Has Voted Overwhelmingly to Ease Its Divorce Laws

Leaflets relating to the divorce referendum are seen in Irish and English in Dublin, Ireland, on May 15, 2019.
Artur Widak—NurPhoto/Getty Images
By Hillary Leung

The Republic of Ireland has voted to relax restrictions on divorce laws by an overwhelming majority, in the latest move to liberalize a constitution heavily influenced by the Roman Catholic Church.

A referendum held Friday saw 82.1% of voters supporting the change, which removes a clause requiring couples to have been separated for four of the previous five years in order to get a divorce, the BBC reports.

A new timeframe will be decided on by the Oireachtas, or the Irish parliament. The government has previously expressed the view that a two-year separation is enough, according to the BBC.

The country’s Minister for Justice and Equality, Charlie Flanagan, tweeted Saturday that the results represent “very positive news” and that he will move quickly with the legislation to “reduce upset and trauma on couples and children” trapped in failed marriages.

The Deputy Leader of the Irish Senate, Cahterine Noone, also tweeted her reactions to the results.

While Ireland’s main political parties are in favor of easing regulations that would make filing for a divorce easier, Catholic pressure groups have maintained their opposition, stating that separation causes disruption to children’s lives and that the government should instead invest resources into “what makes marriages work.”

Divorce was legalized relatively recently in the predominantly Catholic country — in 1995 — after a vote passed by a margin of less than one percent.

But the country is seeing signs of moving towards more liberal policies; last year, a ban on abortion was repealed by a landslide, and in 2015, Ireland became the first country in the world to approve same-sex marriage through popular vote. 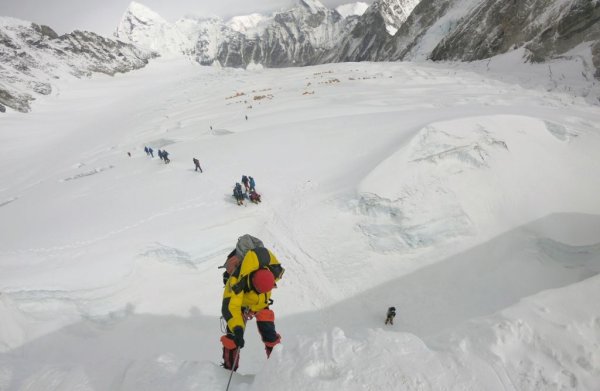 Climber Who Died on Everest Warned of 'Fatal' Overcrowding
Next Up: Editor's Pick