U.S. Troop Buildup in the Middle East Is a Threat to Peace, Iran's Foreign Minister Says

Iran’s foreign minister said an order by the U.S. president to send 1,500 additional troops to the Middle East was “extremely dangerous” and threatening to international peace and security.

“Increased U.S. presence in our region is extremely dangerous and a threat against international peace and security and it must be addressed,” Foreign Minister Javad Zarif was cited as saying by the state-run Islamic Republic News Agency.

Zarif made the comments after U.S. President Donald Trump confirmed the military deployment and Pentagon officials said they believed that Iran was behind a number of recent attacks on oil tankers, a Saudi pipeline and the diplomatic quarter of the Iraqi capital, Baghdad.

“The Americans make such allegations in order to justify increasing tensions in the Persian Gulf and to justify their hostile policies,” Zarif said, in reference to the Pentagon’s claims. He made the comments as he departed Pakistan.

Tensions between Iran and the U.S. have escalated dramatically over the past months after the White House vowed to force Iran’s oil exports down to zero and revoked a series of key sanctions waivers for the OPEC-member’s crude sales and its civilian nuclear program.

In response, Iran has said it will scale back some of its commitments under the 2015 nuclear accord and set a deadline to start its own gradual withdrawal from the deal unless Europe can guarantee it can function and survive.

Earlier on Saturday, an adviser to the Guards, General Morteza Qorbani, was quoted by semi-official Mizan Online news saying Iran could sink a U.S. aircraft carrier with “new weapons” at the “slightest” provocation by the vessel. 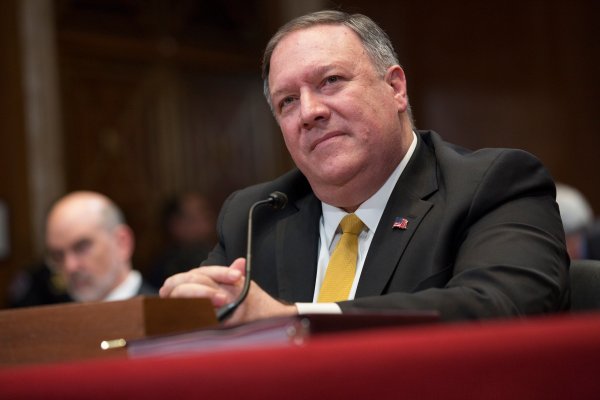