'No Food, No Drink, No Watermelon' Boston Schoolteacher Claims Her Students Were Racially Profiled at Museum

A Boston schoolteacher took her students to the Museum of Fine Arts to learn about history. Instead, she claims they got a lesson in racism.

On May 20, Marvelyne Lamy, a middle school teacher at the Helen V. Davis Leadership Academy, wrote a now-viral Facebook post recounting her students’ experiences on a recent visit to the city’s Museum of Fine Arts. According to Lamy, the students endured racist jokes, sexualized comments from adult patrons and scrutiny not directed towards white children who were also in the museum.

Lamy wrote that she and several other teachers brought a group of 26 non-white students to the art museum to “enhance what they’ve learned in their history class.” Trouble began almost as soon as the seventh graders arrived, she said. “At the very beginning of the tour, one of the staff gave an overview on what to expect and told the kids ‘no food, no drink, and no watermelon.'”

As the students progressed through the museum, Lamy claimed the situation worsened. “We were instructed not to touch any of the artifacts in the museum, yet white students there touched the displays several times while security looked on without saying anything,” Lamy wrote on Facebook. “The minute one of our students followed suit, the security guards would yell at them…Throughout our walk through, they followed us.”

Lamy added that she addressed the issue with one of the museum’s security guards, but to no avail. “When I told him I did not appreciate him following our students, he said that he was just doing his job.”

Lamy’s students faced more prejudiced remarks as they continued their tour. In one gallery, Lamy said one of her students began dancing to the music included in the exhibit, at which point a museum-goer remarked, “It’s a shame that she is not learning and instead stripping.”

In another instance, Lamy wrote of another museum-goer’s interaction with her students outside the museum’s African exhibit, where some had congregated. “We had them clear out the doorway so people could pass by. This lady walks by and says, “Never mind there’s f-king black kids in the way,” she said.

Speaking with TIME, Lamy says that, when she saw her students experience racism in the museum, she felt like she had “failed them.” “Your job is to protect your students,” she explains. She adds that she had been teaching her students about racism, and that the experience made those lessons real. “This is what we’ve been learning in class. Unfortunately if you’re black or brown you’re going to have to work ten times harder.”

In the immediate aftermath of the event, Lamy said the museum did not apologize, though they did offer the teachers and students free tickets to return. On Wednesday morning, however, the museum did share an “open letter” addressing the incident, and apologizing for it. Therein, the museum’s leadership team wrote that they were “extremely troubled to learn about the experience,” and that there were, “a range of challenging and unacceptable experiences that made [the students and teachers] feel unwelcome. That is not who we are or want to be. Our intention is to set the highest of standards, and we are committed to doing the work that it will take to get there.”

TIME was unable to reach the Museum of Fine Arts for comment.

Lamy tells TIME that she thinks the museum needed to make an effort to make their staff “a lot more diverse,” and to “make the space inclusive in terms of who they invite.” She says that because most of the staff and the patrons were white she her students felt “foreign” in the museum.

The day after the museum visit, Lamy says there was a school assembly to talk about what happened — and that a lot of her students wanted to write letters to the museum and wanted to know what policies would be put in place to prevent this from happening again. So it’s a “bittersweet” experience, Lamy says, because in spite of the negative experience, she’s glad to watch her students turn into “little social activists.” 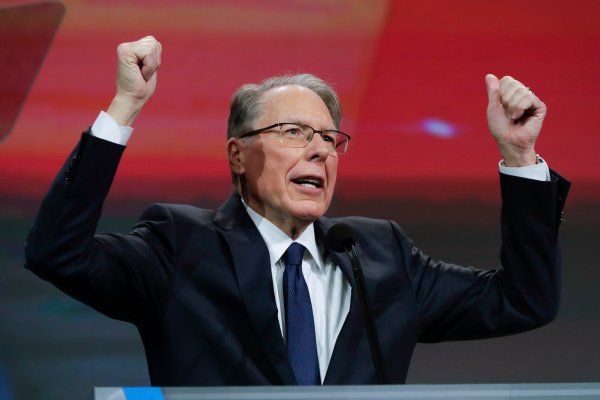 The NRA and Its Public Relations Firm Are Suing Each Other Over an Alleged Failed 'Coup'
Next Up: Editor's Pick