Indianapolis 500 Champion Helio Castroneves and his professional partner Julianne Hough were crowned champions on the fifth season of "Dancing with the Stars," during the exciting two-part finale on Tuesday, November 27, 2007.
Carol Kaelson—ABC/Getty Images
By Scott Soshnick and Eben Novy-Williams / Bloomberg

Helio Castroneves has won the Indianapolis 500 three times, making him one of the most accomplished auto racers in history. And yet his fame stems more from dancing than driving.

The 44-year-old Brazilian said his appearances on ABC’s “Dancing with the Stars,” a competition show that pairs celebrities with professional dancers, were “huge” for his personal brand.

“Ninety percent of the people today recognize me because of ‘Dancing With the Stars,’” he said on the Bloomberg Business of Sports podcast. Castroneves first appeared on the show in 2007, winning the competition, and again in 2015, when he was eliminated in the third week.

Castroneves was encouraged to participate in the show by Olympic speed skater Apolo Ohno, who had won the competition earlier in 2007. Castroneves watched the program but never considered being a contestant because he didn’t know how to dance. He was so sure of early elimination that he only packed for 15 days but wound up staying 14 weeks.

“I accepted the challenge. I said, ‘You know what — what’s the worst that can be? I get eliminated the first week and go back home.’ It was an experience.”

His dance dalliance also helped IndyCar, which according to Castroneves saw a bump in viewers for his races. 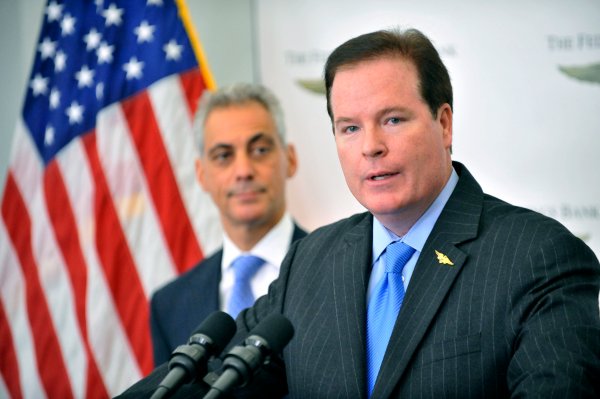 Banker Charged With Trying to Trade Loans to Paul Manafort for List of Jobs in Trump Administration
Next Up: Editor's Pick