This photo shows one section of JR's new mural, The Chronicles of San Francisco. In the digital version, which was painstakingly compiled from videos he and his team made of individuals—and, in some cases, groups—figures move slowly. Some are even transported. On the stage above, for instance, members of the San Francisco Gay Men’s Chorus take a bow and the curtain falls. The curtain then rises to reveal other performers, such as a group doing a traditional Chinese lion dance, a nod to strong Asian immigrant communities in the city.
JR
By Katy Steinmetz

French artist JR is famous for telling the stories of places through the people who inhabit them. At a housing project outside Paris, he pasted supersized portraits of residents on the buildings; their faces would become a backdrop for riots sparked in 2005. A few years later, in the West Bank, he covered walls with black-and-white photos of Israelis and Palestinians, pictured side by side. His latest work, set to debut at the San Francisco Museum of Modern Art on May 23, attempts a similar feat with expanded ambition. “Why not,” JR says of the project, “do it at the scale of a city?”

Over the course of two months, JR and his team photographed, filmed and interviewed some 1,200 people from neighborhoods around San Francisco. They then spent more than a year assembling those portraits into a “moving mural,” a digital collage in which characters break out of frozen poses with slow, looping movements.

JR, who collaborated with TIME for the 2018 project “Guns in America,” chose San Francisco because it is a city struggling with contradictions–a home of staggering wealth and poverty, a hub of counterculture and mainstream innovation, a tech-industry town where screens are supposed to connect people but instead cause isolation.

The entire mural, set to debut at the San Francisco Museum of Art on May 23, spans 107 ft. by 16 ft. and is displayed on interconnected screens. JR

The mural “shows all the layers of people from San Francisco and how we don’t see each other anymore. We pass each other, but we don’t talk to each other,” he says. “The power of the mural is that it’s a project that includes everyone, even the people you don’t like.” Among the individuals in his microcosm are millionaires and homeless people, protesters and police officers, drag queens and tech workers. Keen-eyed observers might also spot well-known public figures who are purposefully afforded no special prominence. “The concept of the mural is very simple,” JR says. “No one is more important than another.”

The team let serendipity determine many of the subjects, tapping people on the shoulder as they walked down the street and asking if they’d like to take part in an art project. Those who agreed were invited into a mobile studio inside a giant truck and asked how they’d like to appear. Some chose to dance. Some opted to join groups of subjects who were talking or pecking away on their laptops. Others wanted to come back with special outfits or be pictured with props like VR headsets.

The mural includes iconic features of the city’s landscape, such as Victorian architecture, vertiginous streets and the Castro Theatre. It also depicts communities long established in the city, like drag queens and swimmers who do laps in the bay. The latter, pictured in bathing suits, midstroke, double as a reference to the murals of Diego Rivera. The Mexican artist painted swimmers in a fresco known as Pan American Unity, part of an exposition held in San Francisco in 1940. JR

Though JR might provide suggestions, letting participants know they could choose to join sections of people clapping or taking selfies, he made no assignments. “Being the artist, I have to be in charge of this orchestra,” he says, “but you’re deciding how you want to be represented forever.”

The work is a fresh spin on a centuries-old tradition. JR was particularly inspired by Diego Rivera, the Mexican muralist who painted some of his vibrant frescoes in San Francisco. “I look at Diego Rivera’s murals and I wish I could hear from the people who are represented in them,” JR says. “What are they thinking? What is their life?” With that in mind, he did audio interviews with subjects as they left the truck, asking people how they’d like to be remembered. Those stories will be presented at SFMOMA alongside the kinetic version of the work, which is displayed on a canvas of interconnected screens measuring 107 ft. long and 16 ft. tall. (The project is supported by Lynne and Marc Benioff, TIME’s owners and co-chairs.)

JR considered other places, like Chicago and New York City, for the location of this U.S.-based mural. One factor that pushed him toward San Francisco was the prevalence of homelessness, an intractable issue for the city. “It’s something like I’ve never seen anywhere else,” JR says. Because of tolerant policies “the situation is much more in your face.” His team included some of the city’s estimated 8,011 people experiencing homelessness as they sought subjects for the mural. JR

The artist’s ultimate hope is that the mural will kindle human connections in the City by the Bay, that people pictured in it will feel like they’re part of a whole and residents who go to see it will be more curious about others they pass blindly on the street. “We’re all in this together,” JR says. “Sometimes you just need a visual to represent that.”

Viewers may recognize some faces in the top left corner of this panel: those of California Governor Gavin ­Newsom, who was once mayor of San Francisco, and Golden State Warriors star Draymond Green. The majority of subjects in the mural are people who encountered JR’s team as they visited neighborhoods around the city. But because he wanted to capture San Francisco’s multi­tudes, the artist invited some subjects to participate. “I wanted everyone to be represented,” he says. JR 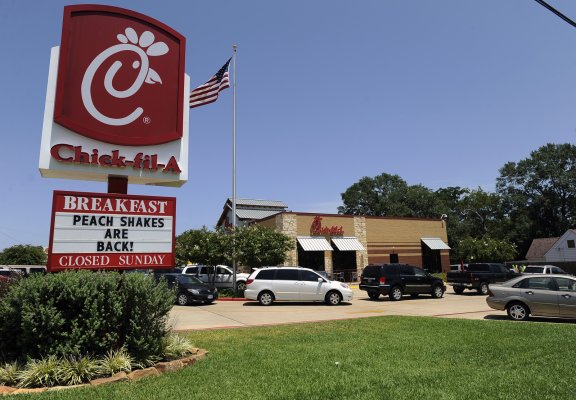