The President of the Philippines, Rodrigo Duterte, says his government has hired a private shipping company to send containers full of Canadian trash back to Canada, vowing to dump the rubbish in Canadian waters if the country does not accept them, according to the Guardian.

Tensions have been increasing over the waste since the North American nation missed a May 15 deadline to take back truckloads of garbage it sent to the Philippines from 2013 to 2014. Last week, the Philippines called home its ambassador and consuls in Canada.

“The Philippines as an independent sovereign nation must not be treated as trash by other foreign nation,” presidential spokesman Salvador Panelo said at a press conference, according to the Guardian. He also said that Canada, who has agreed to take the trash back, was not taking the issue seriously enough.

Read More: Malaysia to Send Plastic Waste Back to Where It Came From

The junk – which was sent under the guise of recyclable plastic scraps – includes household trash like plastic bags and bottles, newspapers and diapers, according to the Associated Press.

Canada says the trash shipment was part of a commercial transaction made independently of the government. According to the Guardian, Canada has already agreed to take it back and is working out arrangements to do so.

“The removal will be complete by the end of June, as the waste must be safely treated to meet Canadian safety and health requirements,” said a statement issued by the Canadian government Wednesday, according to the Guardian. It also said that a company had been hired to carry out the rubbish repatriation. 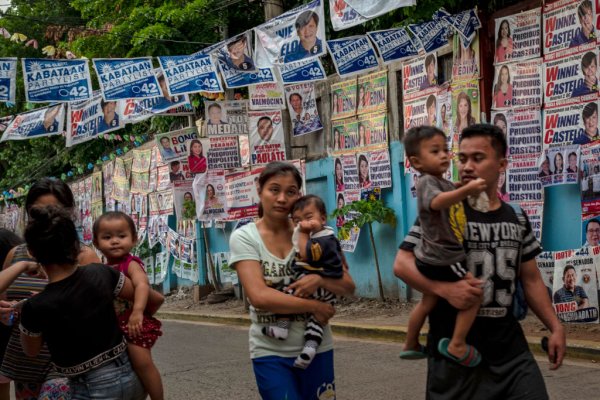