We Tell Our Kids That Hard Work Always Pays Off. What Happens When They Fail Anyway?

A star athlete at the college where I work recently stopped by my office. After committing a few unforced errors during a weekend match, she was — several days later — riven by self-criticism and distracted on the field.

“I can’t stop beating myself up,” she told me. “I’m at peak fitness, and I practice hard. How is this happening?”

This student, like many I teach, believes she should be able to control the outcomes of her life by virtue of her hard work. It’s a mentality verging on invincibility: a sense that all-nighters in the library, a jam-packed calendar and hours on the field should get her exactly where she needs to go in life. Nothing can stop me but myself.

I study and write about resilience in young adults, and I’m noticing a troubling spike in students like this athlete. Their faith in their own sweat equity confers a kind of contingent confidence: when they win, they feel powerful and smart. Success confirms their mindset.

The problem comes when these students fail. When they fall short of what they imagine they should accomplish, they are crushed by self-blame. If my accomplishments are mine to control, they reason, my failures must be entirely my fault, too. Failing must mean I am incapable, and maybe will be forever. This makes it incredibly difficult for students to move on.

We talk often about young adults struggling with failure because their parents have protected them from discomfort. But there is something else at play here among the most privileged kids in particular: a message transmitted to them by doting parents who have falsely promised them that they can achieve anything if they are willing to work for it.

Psychologists studying students in high-achieving schools have sourced this phenomenon to a misapplication of “mindset” research, which has found that praising children for their effort will increase academic performance. Developed by Stanford psychologist Carol Dweck and popularized in her 2006 bestselling book, Mindset: The New Psychology of Success, mindset education has infiltrated the classrooms around the world. But a 2018 meta-analysis found that while so-called growth-mindset interventions, in which educators respond to their students’ challenges by praising effort (“You worked hard!”) over ability (“You’re really smart!”), may benefit high-risk or economically disadvantaged students, they do not necessarily help everyone.

One possible explanation comes from psychologists Suniya Luthar and Nina Kumar, who argued in a research paper last year that teens growing up in wealthy, pressure-cooker communities are actually hurt by the message that effort equals success. For them, Luthar and Kumar wrote, “it is not a lack of motivation and perseverance that is the big problem. Instead, it is unhealthy perfectionism, and difficulty with backing off when they should, when the high-octane drive for achievements is over the top.”

When parents demand excellence in their kids while still promising them that effort is king, they tell them, wrongly, that they should be able to rise above any obstacle. But research has found that young people who push themselves onward in the face of unattainable goals experience physical and emotional stress. In a 2007 study by psychologists Gregory Miller and Carsten Wrosch, the authors determined that adolescent girls who refused to give up impossible goals showed elevated levels of CRP, a protein that serves as a marker of systemic inflammation linked to diabetes, heart disease and other medical conditions. A 2012 study by Luthar and Samuel Barkin showed a correlation between the “perfectionist strivings” of affluent youth and their vulnerability to drug and alcohol abuse, anxiety and depression.

The humbling, brutal, messy reality of life is that you can do everything in your power — and still fail. This is knowledge that comes early to underrepresented minorities on campus, including first-generation students and students of color. Their experience of discrimination and inequality teaches them early on to brace for what is, for now, largely beyond their control to change.

Yet for many others, the quixotic belief that success is always within their grasp is a setup. University of Chicago Professor Lauren Erlant calls this “cruel optimism,” or when the pursuit of a goal actually harms you because it is largely unachievable. The college admissions game promises young adults a meritocracy that will reward their hard work with entrance to the ivory tower – yet admissions scandals and ultra-thin acceptance margins make such a promise impossible to keep.

Adults help students pursue success in healthier ways in part by redefining failure as a feature, not a bug, of learning. At Smith College, where I teach, the Narratives Project asks students to explore how setbacks and missteps made them stronger or more effective. “It can be instructive to observe your own response when things don’t go your way,” said director Dr. Jessica Bacal. “It might reinforce your passion for the work you’re doing or send you in a whole new direction – and there’s nothing wrong with that.”

Luthar and Kumar urge parents and teachers to spend time helping students find purpose, or goals they both genuinely love to pursue and that make an impact on the world. Researchers have found that adolescents with purpose report greater life satisfaction, have a strong sense of identity and are more psychologically mature.

Instead of allowing our kids to beat themselves up when things don’t go their way, we might all pause to question a culture that has taught them that being anything less than overwhelmed is lazy, that how they perform for others is more important than what actually inspires them and that where they go to college matters more than the kind of person they are.

The point is not to give our kids a pass on working hard and doing their best. But fantasizing that they can control everything is not really resilience. We are harming our children by implying that they can bend life to their will, and as students walk across commencement stages this year, we would be wise to remind them that life has a way of sucker-punching us when we least expect it. It’s often the people who learn to say “stuff happens” who get up the fastest.

The original version of this story misstated the last name of the University of Chicago professor who coined the term “cruel optimism.” It is Berlant, not Erlant. The original version of this story also misstated which study found a correlation between the perfectionist tendencies of affluent youth and negative outcomes. It was a 2014 study from Suniya Luthar and Emily Lyman, which found a correlation between these tendencies and vulnerability to substance abuse and feelings of inferiority. It was not a 2012 study by Luthar and Samuel Barker that found a correlation between “the ‘perfectionist strivings’ of affluent youth and their vulnerability to drug and alcohol abuse, anxiety and depression.” 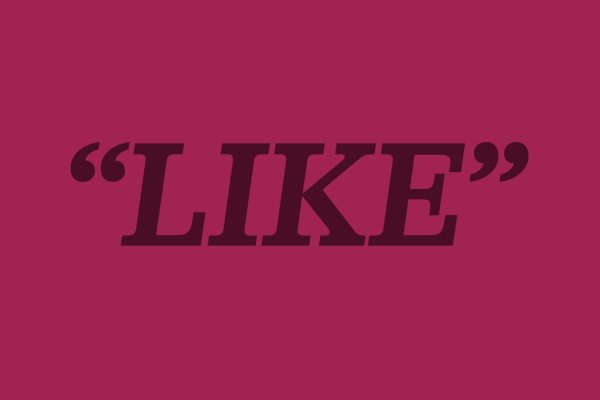