Rihanna moved to London and didn’t tell her fans and now they are taking to social media to express their shock. Not necessarily that they expected the star didn’t tell them the news of her move, but the fact that no one seemed to notice the location change.

The “Work” singer and Fenty boss revealed that she left the U.S. for the U.K. in a new interview with the New York Times T Magazine. In the interview, Rihanna explained that moved to London to be closer to her Fenty team who are based in Paris and Italy where the company’s products are manufactured.

The news wasn’t a huge shock to eagle-eyed fans who spotted a shopping bag from British grocery store Sainsbury’s in the background of one of her recent Instagram photos or in the wake of the news that Fenty was collaborating with U.K. pharmacy chain Boots.

The singer, actress, and business mogul is apparently quite happy living under the radar, though. She told the Times that one of the things she appreciates most about living in London is “walking around the block”, presumably without being noticed, and visiting a local Jamaican grocery store.

Fans have taken to Twitter to register their shock over Rihanna’s casual revelation that she lives, walks, and shops in London in now and not on Rihanna Drive. Some are stunned that she simply walks the streets like mere mortal, others can’t believe she hasn’t been spotted yet, while at least one fan is determined to knock on Rihanna’s door and demand a timeline for her next album. 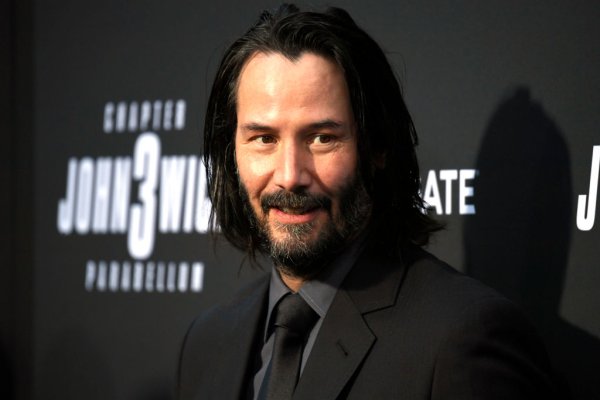 Keanu Reeves Is a Real-Life Hero and This Epic Fan Encounter Involving an Ice Cream Cone Is Proof
Next Up: Editor's Pick