Washington became the first state to legalize “human composting” on Tuesday, when Gov. Jay Inslee signed a law that will allow human bodies to be converted into soil in licensed facilities.

The state law, which passed with bipartisan support, is aimed at providing a burial alternative that is less costly and more environmentally friendly than cremation or traditional coffin burials. It will take effect on May 1, 2020.

Inslee, a Democrat running for president in the 2020 election, has made climate change a focus of his campaign, calling it “the most urgent challenge of our time.”

“We’re the first generation to feel the sting of climate change, and we’re the last that can do something about it,” he said in a video announcing his campaign in March. “I’m running for president because I am the only candidate who will make defeating climate change our nation’s number one priority.”

One of the strongest supporters of the legislation was Katrina Spade, the founder and CEO of Recompose, a company based in Washington state that developed a process that “gently converts human remains into soil, so that we can nourish new life after we die.” Spade researched human composting at Washington State University and led a study of the process with six people, who volunteered for their bodies to be composted after they died.

“For some, it was a way to return to the natural cycles to, you know, give back whatever nutrients we have in our bodies when we die, even if it’s just a little bit, rather than burn that nutrient up or bury it in the ground,” Spade said in an interview earlier this month with NPR’s Here and Now.

She said the process for human bodies mirrors the composting process used by many farmers for livestock. Through Recompose, the body is placed in a vessel with a combination of wood chips, alfalfa and straw. A fan system adds oxygen to the mix, and the body is broken down by microbes within a month, turning into about two wheelbarrows of soil. She said the process will cost about $5,000 — less than the cost of the average burial, but more expensive than a simple cremation.

Some critics have raised concerns that the process is not respectful.

“The image they have is that you’re going to toss Uncle Henry out in the backyard and cover him with food scraps,” state Sen. Jamie Pedersen, a Democrat who sponsored the bill, told the Associated Press.

But Pedersen has said the process is a good way to reduce the environmental impact of disposing of human remains, especially in crowded areas where there might be little space to add to cemeteries: “I think it’s really a lovely way of exiting the earth.” 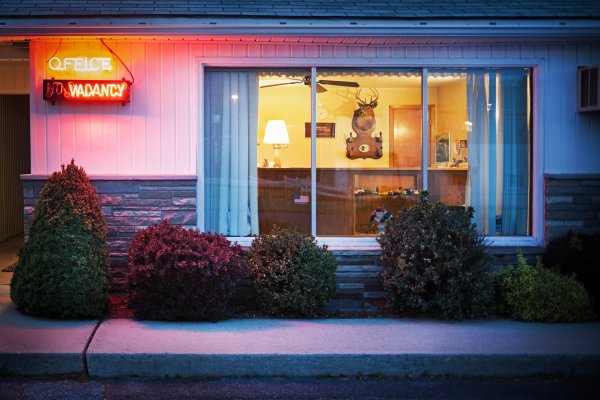 Local Residents Complain Over Plans For Coronavirus Motel at Epicenter of Seattle Outbreak
Next Up: Editor's Pick