HUD Secretary Ben Carson Was Asked About a Common Term Related to Foreclosure. He Heard 'Oreos'

Housing and Urban Development Secretary Ben Carson didn’t seem to know what a congresswoman was talking about when she asked a question related to foreclosures during a congressional hearing on Tuesday. Instead, Carson apparently thought she was talking about Oreo cookies.

Speaking at a House Financial Services Committee meeting on housing on Tuesday morning, Rep. Katie Porter, a Democrat from California, asked Carson why more homes that are financed with loans through the Federal Housing Administration (FHA) end up being foreclosed on than properties purchased with other types of loans.

If a homeowner cannot pay their mortgage, a lender may seize the property and try to sell it in a foreclosure auction. When the property doesn’t sell at auction, it becomes Real Estate Owned (REO.)

“Do you know what an REO is?” Porter asked Carson.

She explained that REO relates to properties that go into foreclosure, instead of going to loss mitigation or other alternatives that are less likely to result in owners losing their houses.

“So we’d like to know why we have more foreclosures that end in people losing their homes with stains to their credit and disruptions to their communities, and their neighborhoods at the FHA,” Porter said.

Carson’s gaffe triggered an avalanche of tweets that weren’t particularly flattering to the HUD secretary.

Carson himself tried to get in on the joke on Twitter, tweeting photos of himself sending a pack of Double Stuf Oreos to Porter’s office.

Some noted that while Carson’s mistake was funny, the reality is more serious.

“It would be hilarious if it weren’t so tragic that people are losing their homes with FHA loans,” wrote one Twitter user. 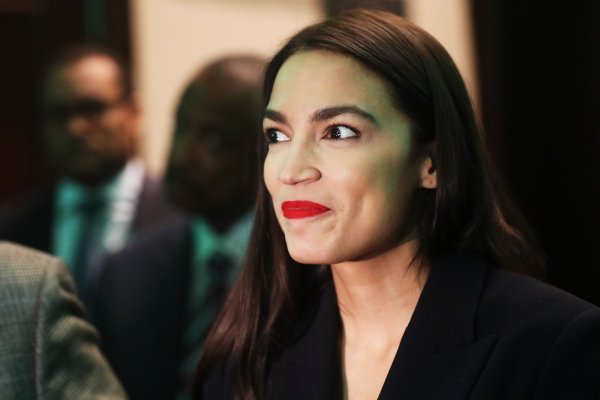 AOC Becomes Youngest Woman to Preside Over House
Next Up: Editor's Pick