Improvements in U.S. Air Quality Are Saving Thousands of Lives a Year

Recent improvements in U.S. air quality are saving thousands of lives per year, according to the latest Health of the Air report from the American Thoracic Society (ATS) and New York University (NYU).

The report, published in Annals of the American Thoracic Society, looked at the health effects of particulate matter and ozone pollution above ATS-recommended levels. The annual number of premature deaths associated with these substances fell from about 12,600 in 2010 to 7,140 in 2017, the report says. Together, the pollutants were also responsible for some 15,500 serious illnesses, down from nearly 27,000 in 2010.

Those changes were driven almost entirely by improvements in particulate matter pollution, rather than reductions in ozone pollution, the report says.

U.S. air quality has improved dramatically since the Clean Air Act passed in 1970. Subsequent addendums to the law and newer policies, like regulations on vehicle emissions and the Obama-era Clean Power Plan, have also reduced air pollution. Since 2010 alone, the report says, mortality associated with particulate matter—exposure to which is associated with health problems including respiratory issues, cancer, and heart disease—fell by 60%.

But progress began to stall at the tail end of that time period, according to the report—around the time the Trump Administration began to roll back some environmental protection policies. Other research supports that idea. The American Lung Association’s most recent State of the Air report found that more cities had days of high particulate and ozone pollution from 2015-2017 than they did in 2014-2016.

In the ATS’ new report, only 15% of the 530 counties analyzed for particulate matter concentrations exceeded the group’s recommendations. Western U.S. cities, especially those in California, tended to have the highest pollution levels.

Meanwhile, levels of ozone pollution, which is associated with a range of respiratory problems, have remained stubbornly stable since 2010, the report says. More than 80% of the 726 counties analyzed by the ATS for ozone levels did not meet the group’s standards. (See how your area performed here.)

Kevin Cromar, co-author of the study and director of the Air Quality Program at NYU, says that’s in part because ozone is more difficult than particulate matter to manage. Particulate matter comes either from direct particle emissions, such as those from smokestacks or fires, or from gases that convert into particulate matter in the atmosphere, such as sulfur dioxide and nitrogen oxides produced by power plants and industry. Controlling emissions at the source, Cromar says, reliably cuts down on particulate pollution in the atmosphere. But the chemical reaction that creates ozone pollution is more complicated, so it usually takes a coordinated effort at the state, regional and national levels to reduce its impact, Cromar says.

The ATS’ paper comes just days after the New York Times reported that the U.S. Environmental Protection Agency (EPA), which is planning to replace the Clean Power Plan with a new rule that would relax some regulations for the energy industry, intends to use a new calculation system that would reduce the number of premature deaths predicted to be associated with its rule. Initial estimates said the proposed plan, called the Affordable Clean Energy rule, would be associated with an additional 1,400 deaths per year. But according to the Times, the EPA’s new projections would “assume there is little or no health benefit to making the air any cleaner than what the law requires,” slashing that number.

Past research, however, strongly suggests that there are benefits associated with reducing pollution below national benchmarks. One 2017 study suggests that virtually any amount of air pollution increases premature death risks.

The EPA disputed sections of the Times’ original report, including an assertion that the new methodology was not scientifically sound or peer-reviewed, spokesperson James Hewitt told TIME. “EPA sets national ambient air quality standards at a level that protects public health with a margin of safety. A longstanding and important question is how much benefit is derived by further reducing ambient levels below the national standards,” Hewitt said. “We are considering changes to how such benefits are calculated. No change to this scientific method will be made unless and until the new approach has been peer reviewed.”

Still, Cromar says any modeling method that assumes there are no health benefits beyond what’s decreed by the law “defies rational thinking” and is “bad policy,” since—assuming there’s any pollution in the air—there’s no scientifically accepted threshold at which benefits stop accumulating and health risks vanish. 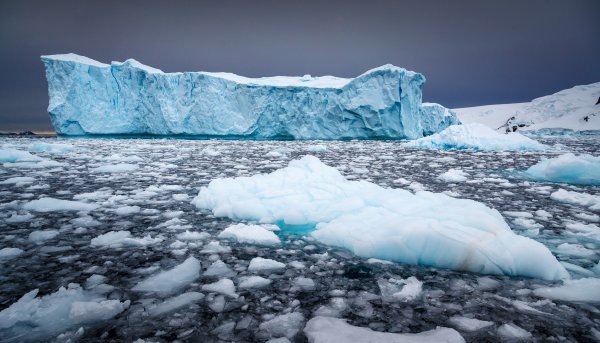 Sea Levels Could Rise by More Than Predicted
Next Up: Editor's Pick