The Texas House Just Passed a Bill to 'Save Chick-fil-A.' Opponents Say It Promotes Anti-LGBTQ Hatred

Supporters call it the “Save Chick-fil-A” bill and say it’s meant to protect religious freedom in Texas. But the state’s LGBTQ advocates fiercely opposed it, saying it could be used to promote hated.

Lawmakers in the Republican-controlled House passed the bill in response to the San Antonio City Council’s vote earlier this year to ban Chick-fil-A from the city’s airport due to the fast food chain’s history of supporting anti-LGBTQ organizations.

The Texas House has taken on the issue twice in reaction to San Antonio’s ban. Lawmakers first tried to pass House Bill 3172, which aimed to block government entities from taking “any adverse action” against individuals or businesses based on their membership in, affiliation with or support of religious groups. While that effort was quashed by the House’s LGBTQ Caucus through a procedural move, the Texas legislature revived the issue when the state Senate passed Senate Bill 1978, a new version of the “Save Chick-fil-A” bill, on Thursday.

The House pushed through the Senate version of the bill on Monday, where it received a 79-62 vote along party lines. On Tuesday, the House officially passed the bill and sent it to Texas Gov. Greg Abbott to sign, the Dallas Morning News reports.

Chick-fil-A said in a statement that it was not involved with the bill “in any way.” “We are a restaurant company focused on food and hospitality for all, and we have no social or political stance.

“We are grateful for all our customers and are glad to serve them at any time. We welcome and embrace all people, regardless of religion, race, gender, ethnicity, sexual orientation or gender identity.”

Critics of the chain say the Chick-fil-A Foundation still supports Christian organizations that have had negative views of the LGBTQ community, including the Fellowship of Christian Athletes and the Salvation Army.

The “Save Chick-fil-A” bill’s opponents argue that the legislation comes from a place of hatred. “Ultimately, the bill was born out of intolerance,” Texas House Rep. Jessica González, a Democrat, tells TIME. “It gives people the license to discriminate.”

As the passage of the bill became more certain, the state House LGBTQ Caucus put its efforts into watering down the bill’s language to protect LGBTQ rights as much as possible González, who identifies as gay, says. Among provisions the caucus was able to successfully remove from the bill was language that would have given the Texas’s attorney general the power to prosecute government entities accused of religious discrimination, González says.

“That was broadening enforcement powers that can be dangerous. [State Attorney General Ken Paxton] would have been able to come after San Antonio as a city for denying Chick-fil-A the opportunity to have a store in the airport,” she said. “There’s a fear that people are going to use this as a ‘break glass in case of emergency’ situation and bring claims of religious freedom for whatever reason.”

By the time the bill passed on Tuesday, it was mostly stripped of language that could have reduced LGBTQ rights, González says. The new version of the bill essentially restates already-existing legal protections for freedom of religion and freedom of association. It’s unlikely that the bill would force a city like San Antonio to accept a Chick-fil-A in its airport. Jeffrey Abramson, a professor of law and government at the University of Texas, tells TIME that the city was well within its rights to refuse to associate the public with Chick-fil-A’s discriminatory behavior and rhetoric against the LGBT community.

According to Abramson, Chick-fil-A would have to prove that it is willing to hire without regard to sexual orientation, offer the same benefits to same-sex couples as other couples and stay away from hateful rhetoric that could harm its own employees to establish a case that it cannot be punished for making contributions to religious groups that oppose same-sex marriage.

The bill’s backers say it is necessary to reaffirm Texas’s commitment to First Amendment principles. Rep. Matt Krause, a Republican who sponsored the state House bill, tells TIME he’s been trying to pass legislation to support religious freedom since 2017, citing as his inspiration the case of a former fire chief in Atlanta who was fired after he wrote a book with anti-gay passages for a men’s bible study and passed it out at work.

“I thought the government shouldn’t penalize someone for that,” Krause says. San Antonio banning Chick-fil-A from the city’s airport served as another example where, in Krause’s view, the government was overstepping. “This kind of crystalized and clarified why a bill like this was needed.”

Krause says the bill is a “strengthening of the First Amendment,” and he does not see it as discriminatory. “If you read the bill, there’s no discriminatory language or discriminatory intent because it’s focused on what the government can’t do to an individual,” he tells TIME. “It doesn’t matter who you are, it’s good for everybody across the ideological spectrum.”

He argues that the San Antonio city government infringed on the First Amendment rights of Chick-fil-A. The bill, he says, provides other businesses or individuals who find themselves in a similar situation as Chick-fil-A with “sounder legal footing” if they take their case to court.

Abramson says Texas lawmakers are pretending that religious liberty is under threat when that is not the case.

“It sets up a false tension between religious liberty, on the one hand, and protection of people against discrimination in general, and pretends that somehow, religious groups are being singled out unfairly,” he says.

But to those who oppose the bill, Texas’s efforts to defend the First Amendment come off as intentionally hateful because the legislation doesn’t actually say anything new, González says.

“We’re spending our time here trying to get legislation out that deals with real policy issues, but we’re instead getting a reiteration of what the Constitution says so a point can be proven that the LGBTQ community is different from everyone else,” she says. 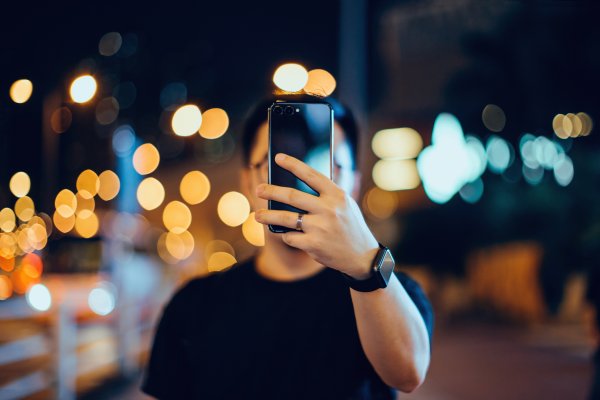