For his annual list of reading recommendations for the season, he’s picked five books that you can really sink into on vacation.

The billionaire philanthropist wants readers to learn more about upheaval and its impact on society, both on individual and mass levels. From the way presidents have led during some of the nation’s biggest wars to how people react during times of crises, these books look at what happens when our lives are disrupted.

Even though these topics aren’t necessarily synonymous with “beach reads,” Gates encourages readers to give them a go. In a post announcing his recommendations on his official blog, Gates Notes, he writes that his philosophy is that he’d “rather have too much to read on a trip than too little.”

Gates has long been a fan of Diamond’s books, and notes that 1997’s Guns, Germs, and Steel is one of the best books he’s ever read. In Upheaval, Diamond examines how people react to the different crises in their lives. Specifically, Diamond looks at how six countries responded to big challenges, and learned how to adapt in the face of adversity. “It sounds a bit depressing,” Gates writes. “But I finished the book even more optimistic about our ability to solve problems than I started.”

Not one to get squeamish about blood, Gates glowingly recommends this deep dive into what makes up our blood and the dialogue surrounding menstruation. Writer Rose George shares her own story with premenstrual dysphoric disorder, and sheds a light on what it is like to live with the condition. Even though this may not be a “typical light summer book,” Gates thinks everyone should know more about this topic. “After all,” he writes, “there is nothing that more people have in common than blood.”

A Gentleman in Moscow, Amor Towles

It’s 1922 and Count Alexander Rostov has just been sentenced to spend the rest of his life under house arrest in a Moscow hotel. Even though A Gentleman in Moscow is sure to please anyone who is interested in learning more about Russia, Gates writes that “you don’t have to be a Russophile to enjoy the book.” Towles goes beyond just politics in his best-seller. “The book is technically fiction,” Gates writes. “But you’d be just as accurate calling it a thriller or a love story.”

The scope of historian Michael Beschloss’ book is wide: He studies how presidents dealt with nine different U.S. conflicts, from the War of 1812 to the Vietnam War. Beschloss highlights how these presidents served during these tumultuous times, and makes critical connections about their decisions and power as leaders. Gates appreciated being able to draw lessons from the book Beschloss released last year, Presidents of War, and apply them to our present moment. “It is hard to read about today’s conflicts without thinking about how they might connect to the past and what impact they might have on the future,” Gates writes.

The Future of Capitalism, Paul Collier

Where is capitalism heading? Oxford economist Paul Collier analyzes this question in his book, which looks at how some people benefit from capitalism, while others do not. Though Gates writes that he’s not on the same page with Collier about everything, The Future of Capitalism stuck with him. “I was especially struck by the central idea of his book, that we need to strengthen the reciprocal obligations we have to each other,” Gates writes. 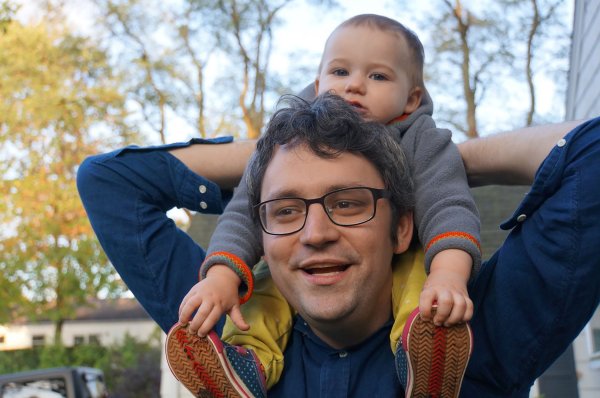 How One Father Learned to Live Again After the Death of His 2-Year-Old Daughter
Next Up: Editor's Pick