The Debate Over Office Temperatures Just Heated Up, Thanks to a New Study

There are new data to throw into the ongoing debate over office thermostats—but they likely won’t settle any arguments.

The question of how cold to keep an office often splits workplaces by gender, since women typically prefer a warmer workspace than men for reasons both biological and sociological. Men expend more energy than women at rest and thus tend to run warmer, while women have higher core temperatures, which can make cold air feel more jarring. Office dress codes may also require men to wear suits or jackets, while women can dress for warmer days with skirts or dresses.

These differences begin to explain the thermostat war waging in offices across the country, but a 2015 paper brought the argument to a fever pitch. It found that most offices set their thermostats using a male-centric “thermal comfort model,” spurring a slew of articles on the sexist nature of office HVAC systems. Last year, while running for governor of New York, Cynthia Nixon and her team reignited the conversation by calling the frigid temperatures favored by men “notoriously sexist.”

A new study, published in the journal PLOS One, only stokes the flames: It says women perform better on cognitive tasks in warmer environments, while men do better when it’s chillier.

“There’s all this evidence that women like higher temperatures, and there are some articles saying the office temperature is sexist. We were like, ‘Is this a real thing or is it just comfort?'” says study co-author Agne Kajackaite, an ethics and behavioral economics researcher at the Berlin Social Science Center.

The researchers recruited almost 550 German college students to find out. Groups of students completed cognitive tasks—adding double-digit numbers, making words out of a jumbled set of 10 letters and solving word problems—in rooms that ranged in temperature from 16.19 to 32.57 degrees Celsius (about 61 to 90 degrees Fahrenheit).

They found that women performed better on both math and verbal tasks as temperature increased, while the opposite was true for men. The effect wasn’t huge: for each one-degree-Celsius increase in temperature, women answered about 1.75% more math questions correctly and 1% more verbal questions correctly, while men answered about 0.6% fewer correctly in both categories. (Temperature did not seem to affect word problem performance.) But even a difference of that magnitude matters, Kajackaite says, especially since temperature preferences usually vary by more than a single degree.

Of course, the study doesn’t guarantee that every woman will perform better in the heat, or that every man is sharper with the air conditioning blasting. (Kajackaite, for the record, says she prefers the cold.) But the results suggest it’s worth taking the thermostat debate seriously, she says.

Still, more research is needed. The researchers didn’t find an upper limit on how temperature affects female performance, but Kajackaite says that’s likely because the experiment was short, so there wasn’t enough time for participants to get too uncomfortable. She says future experiments should last longer, and recruit participants of different ages and backgrounds.

Even if the results aren’t enough to change office policy, Kajackaite says people should pay attention to how they feel most comfortable in a working or learning environment.

“Temperature could affect not just the comfort, but the everyday performance of people,” she says. “If you feel more comfortable in the office with your five sweaters, or without your sweater, it might also affect your performance, so you should take it seriously.” 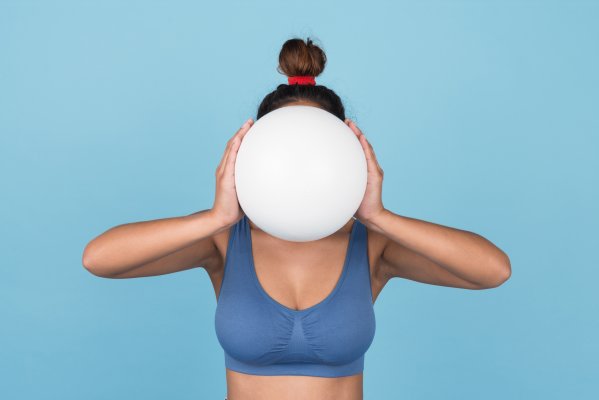 Heart Problems Are Killing More Americans—Even Younger Ones. Here’s How to Reduce Your Risk
Next Up: Editor's Pick