When Arya Stark sets sail into lands unknown “west of Westeros” at the end of Game of Thrones’ final season, her choice to journey alone into uncharted waters may strike some with surprise. After all, with one brother sitting on the throne in King’s Landing, a sister wearing her own crown at their ancestral home of Winterfell, and her final brother leading the Night’s Watch once more, Arya’s family seems to have pretty much taken over Westeros.

But instead of sticking around to support the other Stark siblings, Arya — trained assassin, definitive free spirit and, as she tells Gendry, definitely not a lady — tells Jon she will be going to find out “what’s west of Westeros.” In the show’s final shots, we see her striding the decks of a ship, well on her way.

As it turns out, Arya may have retired her kill list, but her dream to see what’s beyond the maps is one she’s been nursing for a while. Back in season six, when Arya is still in Braavos training with the Faceless Men, she has a conversation with Lady Crane in episode eight (“No One”) that offers some pretty sharp foreshadowing.

Lady Crane is an actress that Arya has been challenged to murder. When she fails to do so, the Waif tries — and nearly succeeds — at killing Arya, with a brutal stabbing to the gut. But Arya’s survival instincts are strong, and she ends up getting nursed back to health by Lady Crane. That convalescent time allows for important conversations between the two.

“What’s west of Westeros?” Arya asks. “That’s where all the maps stop.” Lady Crane says it must be the edge of the world, to which Arya responds, “I’d like to see that.”

There actually is a Stark history of exploring the Sunset Sea, which is where Arya is headed. According to the Song of Ice and Fire wiki, King Brandon Stark — one of Arya’s earlier ancestors from centuries before the Targaryen conquest of Westeros — sailed out west with the Northern fleet. But he was never seen again, and since that time, the North drew back from seafaring of any kind. His son, Brandon the Burner, even destroyed all their remaining naval power in his grief. Arya may have chosen to leave Westeros behind, but she’s still following a Stark path in her own way. 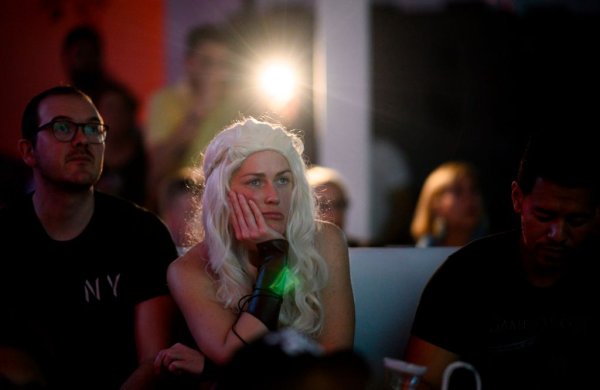