Al Jazeera announced the suspension Sunday of two journalists over a video that reportedly claimed the extent of the Holocaust was deliberately misrepresented by Jews.

The Qatari broadcaster said in a statement that the offending clip and accompanying posts were quickly deleted as the content violated “editorial standards.”

The video, which was posted on the network’s Arabic website AJ+ on May 18, suggested that the Jewish community used “financial resources [and] media institutions,” to put a “special spotlight” on Jewish suffering under the Nazis, Agence France-Presse reported. “Why is there a focus only on them,” the narrator reportedly asks in the clip.

Six million Jewish people were killed by the Nazis during the Holocaust.

Read More: Why Auschwitz Plays Such a Central Role in Holocaust Remembrance

Dima Khatib, managing director of AJ+ Channels, said that editorial workflows would be reviewed to ensure sufficient oversight and compliance with the code of ethics.

The journalists who were suspended for making the video were not named.

“This Holocaust denying video should not have been produced at all,” he tweeted, adding, “Good that you deleted it.” 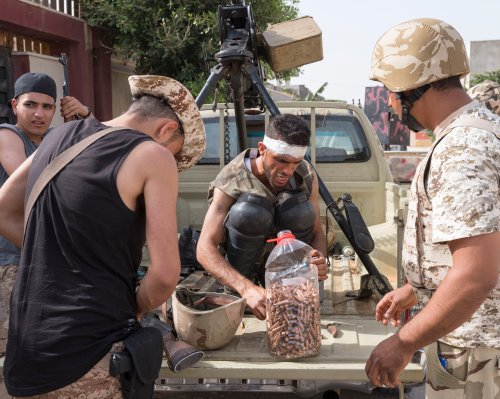 'Fighting But No Progress' in Libya's Capital. Inside the Surreal Siege of Tripoli
Next Up: Editor's Pick