Britain's Prince Harry, Duke of Sussex and his wife Meghan, Duchess of Sussex wave from the Ascot Landau Carriage during their carriage procession on Castle Hill outside Windsor Castle in Windsor, on May 19, 2018 after their wedding ceremony.
PAUL ELLIS—AFP/Getty Images
By Rachel E. Greenspan

Prince Harry, Duke of Sussex and Meghan, Duchess of Sussex celebrated their one-year anniversary Sunday with an intimate tribute to their wedding day on their Instagram page — which featured new behind-the-scenes photos.

“Thank you for all of the love and support from so many of you around the world,” the couple wrote in the caption. “Each of you made this day even more meaningful.”

The Instagram post is a reel of mostly of black-and-white photos from their special day. “This Little Light of Mine” by the Kingdom Choir serves as the video’s backdrop — the same song Harry and Meghan walked out to after the ceremony last year.

Pictures show Harry and Meghan getting ready for the big day alongside many all-star royals, including Queen Elizabeth II, Prince William, Duke of Cambridge, and even little Prince George of Cambridge.

The royal couple was married at St. George’s Chapel at Windsor Castle on May 19, 2018. Their first child, Archie Harrison Mountbatten-Windsor, was born just shy of their one-year anniversary, on May 6.

“Thank you for making the memory of this day so special,” the last slide of the video reel reads.

For a couple who has made privacy a priority, Meghan and Harry have been surprisingly keen to share snapshots of their world with the 8.2 million followers on the Sussex Royal page, where Meghan’s first Mother’s Day was celebrated with an adorable picture of her and her son.

Watch the full tribute below. 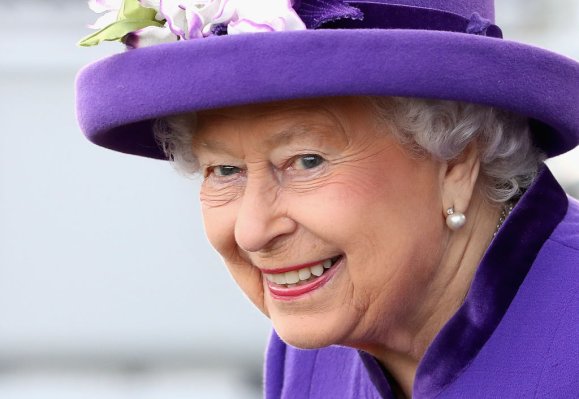 You Can Apply to Manage the Queen's Social Media Now
Next Up: Editor's Pick