How Architect I.M. Pei Achieved Greatness By Forever Testing and Challenging Himself

The Louvre Pyramid, one of I.M. Pei's greatest designs.
Thibault Camus—AP
Ideas
By James Gardner
Gardner is a cultural critic whose book The Louvre: The Many Lives of the World's Most Famous Museum will be published by Grove Atlantic early in 2020

Architecture, especially in America, is an old man’s game, and no one was older than I.M. Pei, who died on May 16 at 102. Even in a profession where major commissions rarely materialize before a man (and, beginning only recently, a woman) is well past fifty, it is hard for anyone alive today to remember a time when I.M. Pei was not a dominant, commanding figure. Over half a century and more, he designed some of the finest public and private buildings in America, as well as in Asia, Europe and the Middle East. No one was surprised when he became one of the first winners of the Pritzker Prize (often called architecture’s Nobel) and the first architect awarded Japan’s Praemium Imperiale.

Born in Canton in 1917 to a wealthy banking family, Ieoh Ming Pei knew from an early age that he wanted to create buildings. To that end he came as a teenager to the United States and trained in modernism at MIT and Harvard, where he was mentored by Walter Gropius, one of the gods of the International Style.

But the style that most defined Pei’s practice was not so much the International Style as Brutalism, which emerged out of it in the postwar years and was partially a response to it. So-called because its favored material was béton brut or raw, unfaced concrete and also because it favored simple, aggressive volumes, Brutalism, as practiced by Le Corbusier, Louis Kahn and Paul Rudolph was a strident, abrasive intervention into any architectural context in which it was found. Disruption was the entire point. Pei, however, altered it into a medium of grace and refinement, and it is difficult not to feel that there must be some correlation between that mood and the unfailingly genial elegance of his own manners. These qualities are supremely present in two of the finest residential developments ever to rise in Manhattan, the Kips Bay Houses and the Silver Towers, both of them conceived for the influential developer, William Zeckendorf. Here, across the flawlessly geometric, honeycombed modules of the facades, raw concrete assumed the polish and élan that limestone had achieved in the days of Louis Quinze.

In consequence of the success of those and similar projects, Pei rose swiftly to international prominence and soon won important public commissions, starting with the John F. Kennedy Library in Boston. He would go on to design for that city the glass and steel John Hancock Tower in Copley Square and the annex to the Museum of Fine Arts. Forever testing and challenging himself, he created the Rock and Roll Hall of Fame in Cleveland—even though he claimed little familiarity with that form of music—and the Museum of Islamic Art in Doha, Qatar—even though he admitted to knowing next to nothing about that part of the world before he accepted the commission.

Perhaps his most prominent achievement in the United States was the East Wing of the National Gallery of Art on the Washington Mall. Combining brutalist drama and flawless geometric refinement on the exterior, Pei conceived for this project one of the most intricate and evocative interiors of any American museum. It was this wing that brought him to the attention of Francois Mitterand, the president of France, who had just decided to expand and fundamentally transform the Louvre. Pei’s most visible intervention in that great institution was the Pyramide, which, in its flawless alliance of formal beauty, functionality and symbolic resonance, may well represent the single most impressive stroke of genius in the architecture of the past half century. But perhaps an even greater achievement was the less obvious transformation of how the world’s largest and most famous museum functioned: what had seemed for generations to be a treacherous labyrinth was suddenly reborn as an open, spacious and serenely rational precinct of high culture that now elevated and enlivened the spirits of all who entered. That achievement by itself will surely suffice to secure I.M. Pei’s place as one of the most eminent architects of the 20th-century. 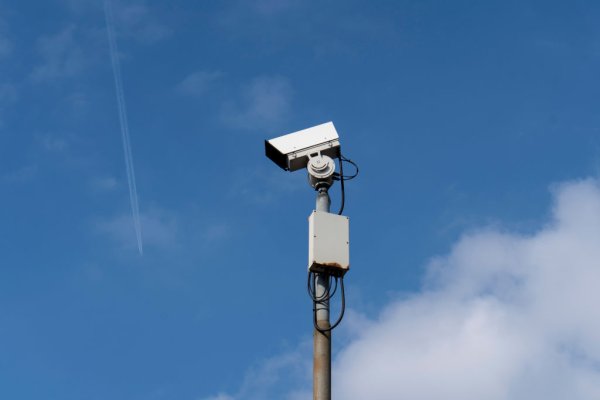 Britain Has More Surveillance Cameras Per Person Than Any Country Except China. That's a Massive Risk to Our Free Society
Next Up: Editor's Pick