We Don't Have to Imagine the Consequences of Abortion Bans. We Just Have to Look to the Past

On Wednesday, Alabama Governor Kay Ivey signed the nation’s most extreme abortion bill. If it goes into effect, it would ban abortion almost entirely in the state — in every stage of ­pregnancy — and make it a felony for providers to perform the procedure.

It would also send Alabama back to the 19th century. The state first made abortion a crime a bit more than 150 years ago, and others passed similar measures through the middle of that century. Prior to that wave of legislation, common law had allowed abortion until quickening, when the woman first perceived fetal movement — usually around the middle of a pregnancy. Only at the point of quickening was life recognized as having begun. A small group of elite physicians working to professionalize medicine initiated a campaign to criminalize the practice of “bringing on the menses.” They aimed to eliminate their competition by casting midwives and “irregular” doctors as criminals.

To gain legislative support, these doctors raised questions about exactly who was having babies, who was aborting and who should populate the nation. They knew well-to-do white women were having fewer children, and that the families of immigrants, Catholics and, after the Civil War, freedpeople, were larger. To put it plainly: Lawmakers hoped to force middle-class white women to have more babies by removing the option of abortion, thus preventing the country from being “taken over” by “foreigners” and people of color.

The resulting laws punished everyone involved in abortion: providers and assistants; partners who helped pay; even advertisers. All faced jail and fines. And though some anti-abortion commentators claim women were not punished when abortion was illegal, many statutes explicitly included them, too.

Today, Alabama’s new legislation follows other restrictive measures around the U.S. — like the Georgia “heartbeat” law, which bans abortion before many women even know they’re pregnant. Because Roe v. Wade guarantees the right to an abortion before viability, the point at which a fetus can potentially survive outside the womb, these laws are sure to be challenged as unconstitutional and therefore likely to be put on hold. But if Roe is overturned, as many suspect it will be, history tells us a lot about what we can expect.

Once that wave of 19th century abortion bans went into effect, police and prosecutors threatened, arrested, interrogated, investigated and occasionally prosecuted women for the crime of abortion. Police and doctors routinely questioned women who miscarried to determine if they’d had an abortion. If the patient refused to answer, the doctor might refuse lifesaving treatment for the complications that can follow abortions when the procedure is poorly performed.

In at least one case, police surrounded several women as they left their provider, arrested them and took them to a doctor who performed gynecological exams on them, overseen by police, for evidence. Some women in such situations were told that if they did not testify, they could be subject to prosecution. As far as is known, those patients — though publicly humiliated and subjected to unwanted and invasive procedures — were not charged, but others throughout history have been.

That fact is part of the reason why, though doctors led the charge to make abortion illegal, a century later the majority of doctors reversed their position. Today, the American College of Obstetricians and Gynecologists opposes the new restrictive laws. Dozens of medical historians have also released a statement outlining the historical consequences of the Ohio “heartbeat” bill and opposing similar legislation.

If those laws are upheld, we can expect many of the old methods of enforcement to be re-enacted. Unlike the Americans of the 19th century, we already know what that looks like. But we have another thing they didn’t, too: a large, organized movement fighting to keep that from happening.

Leslie J. Reagan is a professor of history, law, and gender and women’s studies at the University of Illinois, Urbana-Champaign and the author of When Abortion Was a Crime and Dangerous Pregnancies. 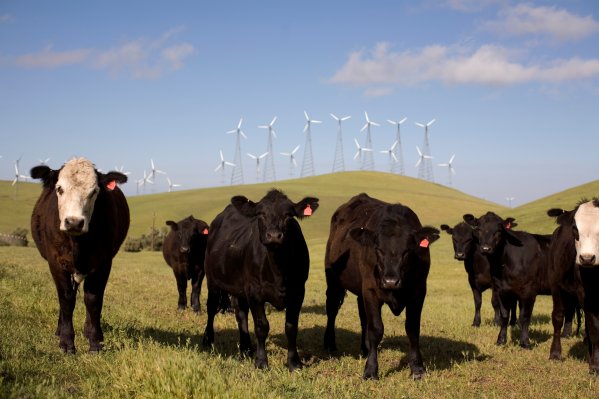 Hamburgers Have Been Conscripted Into the Fight Over the Green New Deal. The History of American Beef Shows Why
Next Up: Editor's Pick