The top British general in the U.S.-led coalition against ISIS says there is not an increased threat from Iranian-backed forces in Iraq or Syria, despite claims to the contrary by the U.S. to justify increasing its presence in the region.

“No – there’s been no increased threat from Iranian-backed forces in Iraq and Syria,” Maj. Gen. Christopher Ghika, deputy commander of Operation Inherent Resolve (OIR), the coalition responsible for counter-terrorist operations against ISIS in Iraq and Syria, said in a video briefing, according to the Guardian.

Ghika said that he has not seen Shia militias in Iraq, who have varying ties to Iran, change their stance recently. “I think it’s important to say that many of them are compliant and we have seen no change in that posture since the recent exchange between the United States and Iran,” he said, according to the Guardian.

Ghika’s comments contradict those of U.S. officials, who cited “clear indications” that Iran or Iranian-backed forces were preparing for a possible attack against U.S. forces as justification for the deployment of an an aircraft carrier and a bomber task force to the Middle East earlier this month.

“Recent comments from OIR’s Deputy Commander run counter to the identified credible threats available to intelligence from U.S. and allies regarding Iranian backed forces in the region,” said in the statement.

U.S. officials said that Iran or Iranian allies were responsible for damage to Saudi oil tankers off the coast of the UAE earlier this week. 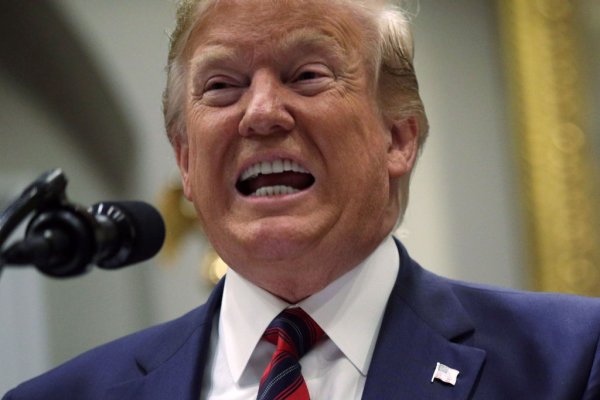 Iran Officials: 'Nobody Is Going to Call' President Trump
Next Up: Editor's Pick