Beverly Cleary, the revered children’s author who enchanted generations of readers with stories about pesky, curious Ramona and the other young residents of Klickitat Street, has died. She was 104.

The Oregon native quietly revolutionized children’s literature with one simple idea: write books about “regular” kids who were special precisely because they were relatable.

The same could be said of Cleary herself, who lived out her final decades in Carmel, Calif., where she was content with simple pleasures like a good book and a slice of carrot cake. Even turning 100 seemed to elicit little more than an eye roll, dryly noting to the Washington Post in 2016, “Go ahead and make a fuss—everyone else is.”

HarperCollins Children’s Books President and Publisher Suzanne Murphy confirmed Cleary’s death in a statement Friday, and noted that the publishing house feels “extremely lucky to have worked with Beverly Cleary and to have enjoyed her sparkling wit. Her timeless books are an affirmation of her everlasting connection to the pleasures, challenges, and triumphs that are part of every childhood.”

Beverly Bunn was born April 12, 1916 and spent her early years on a farm in Yamhill, Ore.––where her mother ran a makeshift library in a room above a local bank. Born before television and before most families had radios, Cleary said her mother would read to her and her father every night––an activity she credits with cementing her lifelong love of literature.

But school was initially a struggle. In first grade, she recalled being part of the lowest reading group, the Blackbirds, and schemed of how she could drop out of school altogether. It wasn’t until third grade that she began to read confidently. Part of the issue, she repeatedly explained, was that the books available to her at the time didn’t exactly excite her.

“So many books in those days––back in the 1920s––had been published in England and the children and nannies and pony carts, and they seemed like a bunch of sissies to me,” she told NBC’s Today show in 2016.

But once she discovered the power of books, she was hooked. Despite pressure from her mother to get married after high school, she instead enrolled in Chaffey Junior College with a dream of becoming a children’s librarian. She later transferred to the University of California-Berkeley, where she met the love of her life, Clarence Clancy. She initially put off marriage to pursue her professional passion. She moved to Seattle to earn a degree in library science and landed her first library job in the small town of Yakima.

She often credited one young library patron for launching her literary career after the boy stubbornly lamented––as she once did––that he couldn’t find any books about kids “like us.”

“It was a little boy who changed my life,” she told Publisher’s Weekly in 2016. “I couldn’t find any books about kids who played on the sidewalk in front of their houses. Authors back then thought their characters needed to go to sea or have big adventures. Well, most kids don’t have adventures, but they still lead interesting lives … Finally, when I sat down to write, I thought about that little boy.”

Henry Huggins made its debut in 1950––10 years after she and Clarence eloped because her parents didn’t approve of the union. World War II had further derailed initial writing plans, as the young couple moved to the Bay Area where she worked as a librarian at the Oakland Army base and military hospital.

The couple settled back in Berkeley in 1949, and it was there that Cleary’s writing career took hold. She wrote more than 40 books in a career that spanned more than half a century, vividly chronicling the lives of fictional kids on Klickitat Street who bore more than passing resemblances to the children she keenly observed in real life. Some of her most famous titles include Ramona Quimby, Age 8; The Mouse and the Motorcycle; and Ramona and Beezus.

Generations of readers have special affection for Ramona Quimby, the scrappy, stubborn younger sister to Beezus. Cleary often said Ramona debuted as an afterthought; after she realized that most of her initial characters were only-children, she dreamed up Ramona and named her after a girl in the neighborhood. Cleary ended up writing eight books about her, and believed she was especially beloved “because she did not learn to be a better girl.”

“I was so annoyed with the books in my childhood, because children always learned to be better children, and in my experience, they didn’t,” she once told PBS. “They just grew, and so I started Ramona, and — and she has never reformed.”

Cleary was one of the first children’s writers to focus on emotional realism, honestly tackling topics including financial struggles, bullying and sibling rivalry. In 1984 she won a Newbury Medal for Dear Mr. Henshaw, a book she wrote after two young fans asked her to write about a boy whose parents were divorced. In 2000, the Library of Congress named her a “Living Legend.”

She was also a working mother who wrote while raising her twins, Marianne and Malcolm. Although she had said it “wasn’t easy” juggling motherhood and a high-profile career, her daughter told NPR in 2016 that her mother managed to do it all in her signature no-nonsense fashion.

“My ancestors crossed the plains in covered wagons … and so my mother is from pioneer stock,” she said. “She’s very disciplined. When she would write every morning, she would sit down after breakfast, my brother and I would go to school, and she’d write, till noon or so. She never waited for inspiration, she just got to it.”

She was also a pioneer who continues to influence other celebrated children’s authors, including Judy Blume.

“Beverly was my inspiration. Still is,” Blume told UC-Berkeley’s alumni magazine in 2016.

As Cleary evolved from author to legend, the Oregon native always remained matter-of-fact about her success––and clear-eyed about the reason for it. When she was asked in 2011 about the secret to the popularity of her books, Cleary answered with a nod to the little boy who inspired her first book––and to her own childhood, which always remained front of mind.

“I think it is because I have stayed true to my own memories of childhood, which are not different in many ways from those of children today,” she once told The Atlantic. “Although their circumstances have changed, I don’t think children’s inner feelings have changed.” 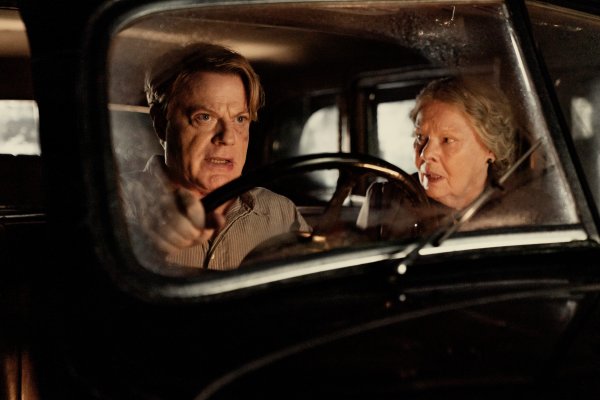 Six Minutes to Midnight Is a Gentle Spy Tale
Next Up: Editor's Pick