In the premiere episode of season 22 of beloved (and very meme-worthy) children’s show, Arthur, viewers learned something new about longtime character, Mr. Ratburn.

In the episode, Mr. Ratburn, best known as Arthur’s wry and wise third grade teacher, gets married to his new husband, an aardvark chocolatier named Patrick — a union that Arthur and his friends Buster, Muffy and Francine discover when they crash the wedding.

This isn’t the first time that Arthur has covered same sex unions on the show; in the 2005 spinoff show, Postcards from Buster, a lesbian couple in Vermont was featured during the episode “Sugartime!” The publicly-funded episode sparked criticism from then-Secretary of Education Margaret Spellings, which led to it getting pulled from PBS (although some affiliates continued to air it).

Over a decade later, however, Mr. Ratburn’s big day has been widely celebrated on the Internet, with viewers and fans of the show sending their support via social media.

Some fans were ecstatic for Mr. Ratburn’s official coming out on the show and his new marriage.

While others were invested in the drama of the episode.

Others still were amazed that it took 22 seasons for this storyline to emerge.

Congratulations to the happy couple! 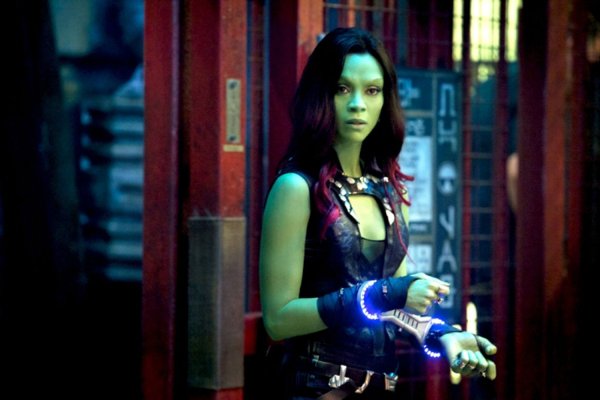 "Gamora Applying Lipstick" Meme Has Taken Over the Universe
Next Up: Editor's Pick