Things were looking pretty grim for Arya Stark (Maisie Williams) at the end of Season 8, Episode 5 of Game of Thrones, “The Bells.” Daenerys (Emilia Clarke) had fully transformed into the Mad Queen and destroyed King’s Landing with dragon fire. The green wildfire stashed throughout the city began to explode on impact. Some innocent woman and child Arya had met about 15 minutes earlier were burned to a crisp.

And then as Arya miraculously emerges from the ashes, she spots a white horse. Sharp-eyed viewers speculated that it was the same horse that Harry Strickland, the leader of the Golden Company, was riding before his forces were easily demolished by Daenerys’ dragon. Now, it’s her means to leave this burning place. Some fans are even theorizing Arya’s brother Bran Stark (Isaac Hempstead Wright), who was noticeably absent from the episode, warged into the horse and sent it to her to save her.

But the horse may carry a symbolic significance, too.

What’s the meaning behind the pale horse?

White horses have represented a lot of different things in myth and literature. In some stories, white horses are heroic figures, like the winged horse Pegasus in Greek mythology or the white steed that Gandolf rides in Lord of the Rings named Shadowfax.

But in the Bible’s Book of Revelation, the four horses of the apocalypse all ride different colored steeds, and Death rides a “pale horse.” The passage reads: “And I looked, and behold a pale horse: and his name that sat on him was Death, and Hell followed with him.” Many writers have made allusions to this more sinister symbolism in their works, including Watchmen author Alan Moore and mystery writer Agatha Christie (see: The Pale Horse.)

Game of Thrones has historically presented white horses as the animals of heroes on the show. Ned Stark rode a white horse in season 1, and Khal Drogo (Jason Momoa) gifted Daenerys a white horse at the beginning of the series. But a lot has changed in the show since those first episodes: One of those heroes was quickly beheaded, and the other has transformed into a villain capable of killing thousands of innocent people. Game of Thrones is always subverting tropes, so it’s likely that the new horse Arya encounters represents something more sinister.

So if Game of Thrones is now partial to the biblical interpretation of “pale horses,” when Arya mounts it she becomes a harbinger of death. Arya is already a formidable killer. Just two episodes ago, she killed the most potent symbol of death, The Night King, herself. Now, given what Arya has seen during the destruction of King’s Landing, many fans are theorizing that Daenerys just moved to the top of Arya’s famed kill list.

The possibility that Arya might ride a pale horse to Daenerys’ camp in order to execute the woman who is now definitively the Mad Queen could further support the popular theory that she will be the one to kill Dany. The fact that Daenerys used to ride a white horse before she rode a dragon — well, that makes the fact that a new hero on a white steed has emerged to kill her all the more potent. 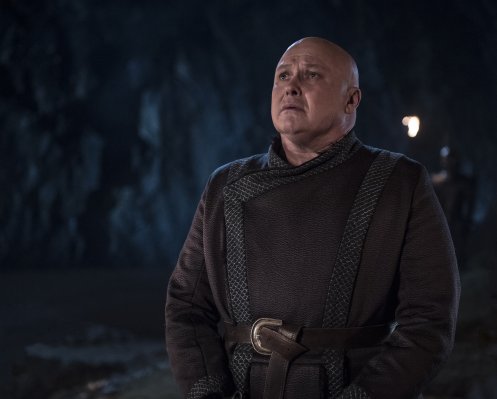 The Best Memes of Game of Thrones' 'The Bells'
Next Up: Editor's Pick