(Bloomberg) — Iran’s parliament struck a blow for women’s rights by overwhelmingly voting to confer citizenship on children born to an Iranian mother and foreign father.

Currently, children of “mixed marriages” are only eligible for citizenship if their Iranian parent is a man. If the decision is approved by the Guardian Council, a powerful body of senior clerics and judges, then the offspring of mixed marriages would be eligible for citizenship, regardless of whether their mother or father is the Iranian national.

Such a law would represent a significant development for women’s rights in Iran, with possible implications for the wider region, where many countries don’t give women the right to pass on citizenship to their children if the father is a foreign national.

It would also give tens of thousands of children access to social and health care services.

Iran’s vice president for women’s and family affairs said the current legislation, dating back to 1934, was written at a time “when women were considered chattel.”

“Today, when women have gained dignity, respect and a high level of education and status in the country, on the basis of what logic are we depriving a woman the right to transfer the citizenship that’s in her blood on to her child?” Masoumeh Ebtekar said, according to IRNA. 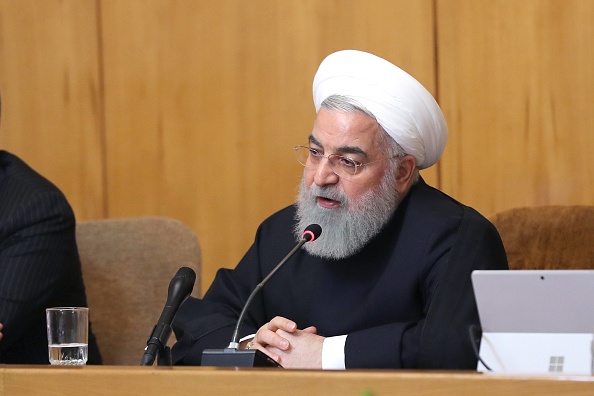 Iran Threatens Return to Nuclear Enrichment
Next Up: Editor's Pick