President Donald Trump is going full steam ahead on a plan to revamp the traditional Fourth of July celebration in Washington into a more partisan, Trump-focused event, according to the Washington Post.

The newspaper, citing administration officials including Interior Secretary David Bernhardt, reported Friday that Trump wants to move the fireworks event from its current location on the National Mall and intends to address the nation from the steps of the Lincoln Memorial. The president, he teased the changes in February, has been receiving “regular briefings on the effort in the Oval Office.”

“President Trump loves America and wants to help all Americans celebrate our Nation’s Independence on July 4,” Trump spokesman Judd Deere said in an emailed statement. “The White House, along with the National Park Service and the Department of Interior, continue to make preparations for the day’s activities.”

On Feb. 24 Trump tweeted a “HOLD THE DATE!” that teased an event at the Lincoln Memorial “and an address by your favorite President, me!”

Washington has for generations staged a non-partisan July 4 fireworks display and concert that’s nationally broadcast on PBS. “A Capitol Fourth” is held on the West Lawn of the U.S. Capitol, about two miles from Trump’s proposed gathering place at the Lincoln Memorial. In 2018 it featured stars including Stevie Wonder, Reba McEntire and Gloria Estefan as well as the National Symphony Orchestra.

The logistics of handling the crush of residents and tourists who flood the Mall for the July 4 festivities — from fencing to public transport to port-a-johns — has been little changed for years. The city also hosts an Independence Day parade through downtown early in the day, and various other events.

The suggestion to “hold the date” was ridiculed at the time, and some worried about having an Independence Day celebration focused on Trump, rather than on the nation. Imagery of the president speaking in front of the white marble monument, complete with fireworks, would also be 2020 campaign footage gold.

An official with the administration of D.C. Mayor Muriel Bowser told the Post that the mayor had been been informed by federal officials of potential changes to the Fourth of July festivities but that the logistics and cost of the altered format hadn’t been finalized. 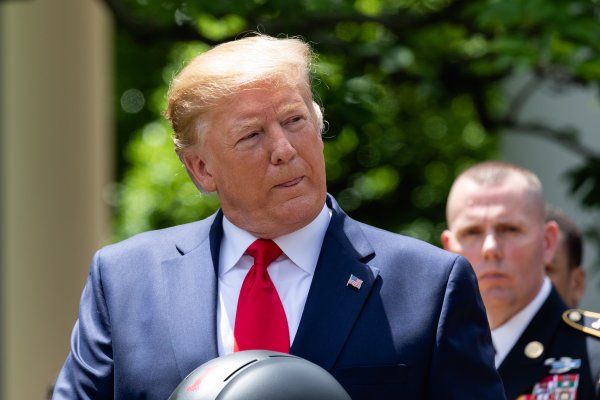