What Came Before Game of Thrones: The 3 Classic Episodes That Made TV Finales Matter

While millions of people will tune in to the finale of Game of Thrones on Sunday night, after eight award-winning seasons on HBO, millions more haven’t watched a single episode and will wake up Monday morning not feeling as if they’ve missed out on anything.

Television has changed in recent decades, and as critics like TIME’s Judy Berman have observed, the finale of Game of Thrones may represent the end of the era of the “water-cooler show.” If that’s the case, it will also be part of a long history of TV-series finales changing the medium.

But, while countless shows have gone off the air in the approximately century-long history of television, a few of them have had an outsize impact.

This history starts with the last episode of Howdy Doody in 1960, which ran when viewers only had three channels to choose from. The episode — TIME called it “Howdy Doody’s last howdy” — came after the puppet’s 13 years on air, with “more performances than any show in the history of network television.” The hour-long farewell ended with the camera zooming in Clarabell the Clown, who had never talked on the show, saying “Goodbye, kids.” That acknowledgment of a conclusion was revolutionary.

“It’s the first final episode of any significance,” says David Bianculli, a guest host and TV critic on NPR’s Fresh Air with Terry Gross, who co-edited the 2018 anthology Television Finales: From Howdy Doody to Girls with Douglas L. Howard. “Back then, almost every show just stopped, and most shows didn’t go anywhere.”

But it took another few years for that conclusiveness to translate to the end of a full story. A lot of early TV entertainment at the time was not driven by plot arcs, and tended to essentially repeat the same schtick without a sense of narrative movement, Bianculli says.

"The Judgment, Part I" -Season Four - 8/22/67, Richard Kimble was finally exonerated of his wife's murder in this two-part ending to the series.
ABC Photo Archives/Getty Images

The finale of The Fugitive in 1967 was “the first that was the end of a story,” he says. For four seasons, its main character had been on the run after being wrongly accused of his wife’s murder, so “producers said viewers are owed a conclusion to this story,” according to Bianculli. (Rumors even flew of an unaired episode with an alternate ending.)

“I realized we were going to leave viewers empty-handed, and that was wrong,” Leonard Goldberg, ABC’s vice president of programming back then, later told Vanity Fair. “I went to the [higher-ups] at the network and said, ‘We have to give people a conclusion.’” When some argued that the extra step wasn’t necessary for fictional TV shows, Goldberg pointed out that viewers had become “deeply invested,” firing back, “This is our business; we are selling advertisers on the power of television, and yet we ourselves don’t believe it? That seems odd.”

Though the episode originally aired during the summer, when viewership is usually down, nearly three quarters of the Americans watching TV on the night of Aug. 29, 1967, were watching that show. Those numbers broke all ratings records back then, even the one set by the Beatles’ appearance on The Ed Sullivan Show, according to Ron Simon, curator at The Paley Center for Media.

The love of TV endings reached its apex when 106 million tuned in to the two-and-a-half-hour finale of M*A*S*H after 11 seasons, making it the most-watched TV finale in history — and the most watched TV show in history until the Super Bowl smashed that record in 2010, boasting 106.5 million viewers.

“In real time, the Korean conflict was over in three years; in CBS’s prime time, it lasted eleven increasingly popular years; in syndicated reruns, it has proved so successful that it could outlast the Hundred Years’ War,” TIME reported around the time the episode aired. The show had been a success with critics, audiences and advertisers alike, and by the time it ended, it had won 14 Emmys (and earned about 100 nominations). “In the same time, the show increased the going rate for a 30-second commercial from $30,000 to about $200,000 for a regular episode and, for the feature-length finale, $450,000, topping the rate of last month’s Super Bowl by $50,000, to become the most expensive half-minute in TV history.”

The show had come a long way from ranking in 46th place in the ratings in its first season (1972-1973). For years, it had been one of the top 20 shows on television, in terms of ratings. Even if the show wasn’t consistently the number-one-rated show, people realized that the finale would make history, and they were curious to see how it all shakes out.

And the longer the show had been on air, the more time viewers had to bond with the characters — who were part of sophisticated, intricate plot lines that required a solid final episode that ties them together.

Viewers’ emotional investment in the M*A*S*H finale came at a time when the show’s message was particularly resonant, TIME’s Richard Corliss explained:

Games of Thrones is unlikely to beat that record, no matter how popular it is, because there is so much more to watch these days — not only on the small screen but also via streaming sites. In addition, in the era of DVR and streaming, people don’t have to watch the Game of Thrones finale in real time, whereas if you didn’t tune in to the finale of M*A*S*H, you’d miss it. (Today, Bianculli says, spoilers play a little bit of the same role, giving people a reason to watch as soon as they can.)

“Nothing will ever get [the M*A*S*H ratings]. It will never be beaten,” says Bianculli. “The finale of Game of Thrones, if it gets 20% of that, it will be very happy. But it’s not going to affect the whole country at the same time in the way something like M*A*S*H did.”

Regardless of whether the finale sets an all-time record for a TV finale, the eighth and final season will still have been a record-breaking one for the series and for HBO: the penultimate episode of the final season was the most-watched first airing of a Game of Thrones episode, boasting 18.4 million viewers across all of HBO’s platforms, and the eighth season boasts four of the five most-watched episodes in the history of the show.

At this point it seems unlikely that all that success will come with much of a happy ending, though — and that, Bianculli says, is another step forward in the history of the TV finale.

“One of the ways TV has grown as audiences have shrunk: It’s darker. The characters are darker, potential endings are darker,” he says. “I think it’s an improvement because life is dark, as I see it, so if you’re going to have TV be reflective of life, you don’t roll out a ton of happy endings.” 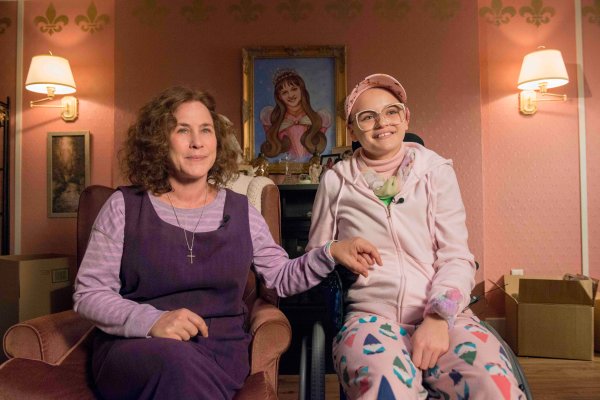 Why Munchausen Syndrome by Proxy Is Having a Moment on TV
Next Up: Editor's Pick