Trump's Trade War With China Could Cost the Average Family Up to $2,300 a Year, Report Estimates

President Donald Trump’s trade war with China could cost the average American family of four up to $2,300 a year, according to a report on the effect of tariffs on the U.S. economy and workers.

The study, by the economic consulting firm Trade Partnership Worldwide, assesses how tariffs will affect American consumers and the economy. According to the report, an average American family of four would pay $2,300 more in goods and services each year if Trump imposes a 25% tariff on all goods from China, as he has repeatedly threatened. If tariff levels remain where they are today, the average American family is expected to pay about $770 in higher costs each year the tariffs remain in place, says Laura Baughman, a co-author of the study and president at Trade Partnerships Worldwide.

The findings come as Trump and China have both escalated the trade dispute in recent days. As U.S. and Chinese negotiations met in Washington last week, Trump announced that he was raising tariffs from 10% to 25% on $200 billion worth of Chinese goods. China responded with a plan to increase tariffs on $60 billion in U.S. exports. Then, on Monday, the Trump Administration outlined plans to impose additional tariffs on another $300 billion worth of Chinese imports, providing a list of products that include apparel, children’s toys, crafting products, sports equipment and shoes. That amounts to tariffs on virtually all Chinese imports.

Researchers calculated the cost of the trade war on families by estimating the total value of the increased price of goods and services after the tariffs are implemented and dividing that by the average number of families of four. They found that costs will skyrocket if Trump follows through on his threat to extend the tariffs to other goods, including apparel, footwear and consumer electronics. The costs were calculated for one to three years after the tariffs take effect.

But that just takes into account the increased cost of buying things produced in China. Baughman says the total economic costs on American families will be far higher––the result of a combination of job losses, slower economic growth and a drop in exports due to China’s retaliatory tariffs.

“There’s a ripple effect to this because of tariffs,” she says. “If you look at the sectors, the big job losses are in services because it’s about people not going out to dinner, putting off surgery or not using Uber or the subway because they’re not going to the office anymore.”

The tariffs Trump has already imposed are both widespread and steep enough that importers will have to pass on at least some of the increased costs to consumers. There will also be knock-on effects, says Baughman.

“It’s such a huge value of goods that it’s not really possible for importers or retailers to absorb price increases to 25%,” she says. “In addition, U.S. manufacturers who compete with China can raise prices, too. Now, their competition costs more,” she adds. “All of these price increases ripple through the economy in the form of higher costs for goods and services that are all tied in some way, directly or indirectly, to imports from China.”

Gary Hufbauer, a senior fellow at the Peterson Institute for International Economics whose own calculations are in line with the Trade Partnership Worldwide’s findings, says consumers will feel the immediate impact of increased prices on items they commonly buy, such as apparel and electronics, though they are unlikely to feel as directly the higher costs of imported raw materials or equipment, which go into a wide range of products with the “made in America” label.

Where American consumers will feel a real hit, Hufbauer says, are in job losses. The Trade Partnership Worldwide study found that the U.S. faces a net loss of more than 2.2 million jobs if all tariffs continue and cause a sales decline.

“You lose that many jobs and you’re probably going to cut the growth of the GDP by at least a half percent,” he says. “The unemployment impact will hit on new entrants to the job market. Those are the people who notice. For the people who are employed, it makes relatively little difference.” 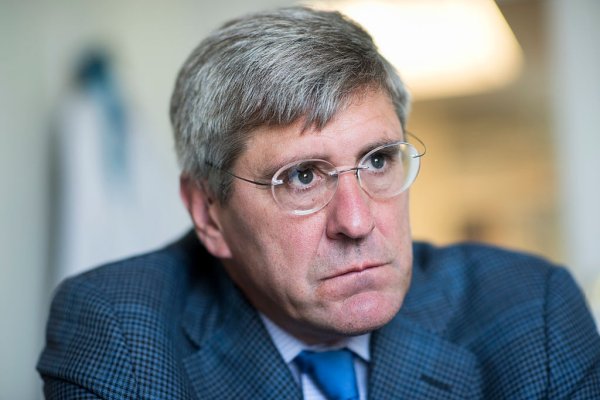