The True Story Behind the Movie Tolkien

From a fellowship of school-age adventurers to the hellish landscape of the Battle of the Somme, the early life of J. R. R. Tolkien in many ways parallels the acclaimed fantasy novels that would make him one of the best-known writers of the 20th century. But in the mythical narratives of The Hobbit and the three volumes of The Lord of the Rings, a reader might either see an author taking inspiration from his memories or attempting to escape them.

Tolkien, a new biopic from director Dome Karukoski in theaters May 10, portrays the events of those early years. Starring Nicholas Hoult (X-Men: Apocalypse) as the young Tolkien and Lily Collins (Extremely Wicked, Shockingly Evil and Vile) as his future wife Edith Bratt, the movie shows the young writer’s friendships during his formative years, as well as his experiences on the front lines during the First World War, presenting them as inspiration for his works to come.

The movie was produced without the cooperation of the Tolkien family and estate, which said in a statement to TIME that it “did not approve of, authorize or participate in the making of this film.” Fox Searchlight Pictures, the movie’s distributor, explains that Karukoski conducted extensive research prior to filming, consulting experts as well as a wealth of public archival resources.

Here’s where the movie hews to reality and where it wanders into fantasy in depicting the life of J. R. R. Tolkien.

Was Tolkien born in Africa and later orphaned?

Yes. John Ronald Reuel Tolkien was born on Jan. 3, 1892 in Bloemfontein, which was then part of the Orange Free State before it was later annexed by the British, eventually becoming part of South Africa. Tolkien’s parents were British — his father Arthur Reuel Tolkien was a bank manager, and his mother Mabel Suffield Tolkien had been a missionary in Zanzibar. Tolkien’s father died in Africa when he was young, after which his mother took him and his brother to live in England.

Mabel died in 1904, leaving her sons in the care of a Catholic priest in Birmingham, as depicted in Tolkien, but not before enrolling the young Tolkien at Birmingham’s King Edward’s School, where he would meet some of his closest friends.

Did Tolkien form a literary society while in school?

In the film, Tolkien enters school and befriends the headmaster’s son as well as a group of literary young men who meet for tea to discuss art and ideas after classes. That “fellowship” helps spur Tolkien’s passion for literature and languages.

The real Tolkien did form a literary society with a group of school friends, just like in the movie. Dubbing themselves the “T.C.B.S.” for “Tea Club, Barrovian Society,” the group took its name from the members’ habit of meeting for tea at the Barrow Stores, according to the Tolkien Society. In the years after they graduated, the members of the group remained close and continued to write to each other and exchange literary work.

What were the circumstances under which Tolkien fell in love with Edith Bratt?

The film also hews closely to the general facts of Tolkien’s relationship with Edith Bratt. As in the movie, Bratt and Tolkien lived in the same boarding house, and when Tolkien was 16 and Bratt 19, they began dating. Tolkien’s guardian, Father Francis, eventually told Tolkien that he was forbidden to communicate with Bratt until he was 21, an order which put a stop to their relationship, at least for awhile.

What were Tolkien’s experiences fighting in WWI and the Battle of the Somme?

In the movie, Tolkien is shown stumbling through the trenches at the Somme, trying desperately to find one of his boyhood friends. Though the specific events of the battle were likely fictionalized in the film, Tolkien did in fact serve on the western front and fight in the Battle of the Somme. Just as in Tolkien, two of the four members of the T.C.B.S. were killed during the war, and Tolkien himself was sickened by “trench fever” and sent back to recover in England, according to the Tolkien Society.

Did Tolkien rekindle his relationship with Bratt after returning from war?

In the film, Tolkien and Bratt encounter each other again just before Tolkien is sent to join the fighting on the western front. When he returns, waking up in a hospital in England, he finds Bratt waiting for him.

The real story played out a bit differently. According to the Tolkien Society, the young Tolkien actually wrote to Bratt on his 21st birthday when he was still studying at Oxford, and they became engaged soon after. By the time Tolkien was fighting in the Battle of the Somme, he and Bratt were already married.

When did Tolkien write The Hobbit, and what inspired him to write it?

After returning from the war, Tolkien eventually became a professor at Oxford, where he gave lectures on philology. At the end of the movie, the professor sits down to begin writing what would become his signature fantasy series.

Tolkien actually did write The Hobbit while a professor at Oxford, though his real impetus for beginning the project may have been as much pure boredom as artistic inspiration. The author has said that the first memorable line of The Hobbit came to him while he was grading a stack of exam papers.

“I remember picking up a paper and nearly gave it an extra mark, or extra five marks actually, because one page on this particular paper was left blank,” Tolkien told the BBC in 1968. “Glorious! Nothing to read.”

“So I scribbled on it, I can’t think why, ‘In a hole in the ground there lived a hobbit’.”

The original version of this story misstated the chronology of Tolkien’s attending King Edward’s School. He began attending the school before his mother died, not after.

The original version of this story also misstated what kind of school King Edward’s School in England is. It is an independent school, not a state grammar school. 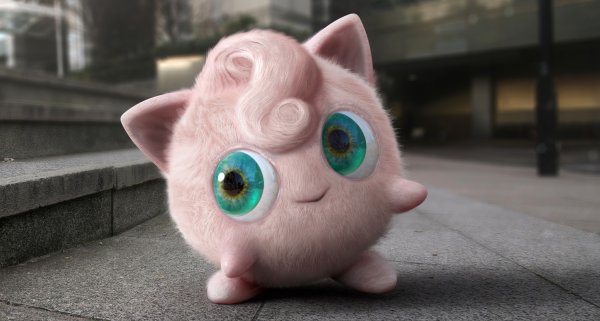 Here’s How Pikachu, Jigglypuff and 4 Other Pokémon Were Brought to Life in Detective Pikachu
Next Up: Editor's Pick