Family quarrels are usually private things—unless of course, the family is famous.

A public spat among boldface names broke out on May 8, when three members of the Kennedy clan published a piece on Politico declaring that Robert F. Kennedy, Jr.—son of Bobby Kennedy—has been “tragically wrong” in his years-long crusade against vaccines, a crusade that seems especially irresponsible now as the country suffers through its worst measles outbreak since 1994. Kennedy has become a hero of the anti-vax crowd with his persistent claims that vaccines contain deadly ingredients, particularly a mercury-based preservative known as thimerosal, and that they are linked to autism.

He is wrong on both scores. No vaccines except some formulations of the flu vaccine contain thimerosal, and the type of mercury it uses is ethylmercury, which is cleared from the body quickly and harmlessly. And vaccines do not cause—and are not even associated with—autism. Full stop.

But RFK, Jr. persists, and so his siblings Kathleen Kennedy Townsend and Joseph P. Kennedy II, and his niece Maeve Kennedy McKean, sought to set him right. Kennedy, they wrote, “has helped to spread dangerous misinformation over social media and is complicit in sowing distrust of the science behind vaccines.”

Kathleen, Joe and Maeve are hardly the first Kennedys to be smart about vaccines. As they write in their Politico story, the giant of the family, President John Kennedy, signed the Vaccine Assistance Act of 1962 into law, expanding the use of the relative handful of childhood vaccinations available at the time. “There is no longer any reason why American children should suffer from polio, diphtheria, whooping cough, or tetanus,” Kennedy said in a message to Congress. “I am asking the American people to join in a nationwide vaccination program to stamp out these four diseases.”

Until the presidency of Donald Trump—who, from 2012 to 2014, posted a storm of tweets on the imaginary menace of vaccines and, after he was elected, publicly flirted with the idea of appointing RFK, Jr. to head a vaccine safety commission—American presidents have had a long history of championing vaccination.

It began with Thomas Jefferson who, in August of 1800—shortly before his presidency began—helped conduct trials of the smallpox vaccine, developed four years earlier by British physician Edward Jenner. As with so much involving the Founding Fathers, and this Founding Father in particular, Jefferson’s otherwise noble work was stained by its ignoble association with slavery. A handful of Jefferson’s slaves were among the people to whom he administered the vaccine—and they surely did not have the freedom to object.

James Madison, who began his presidency in 1809, followed Jefferson’s public-health lead, signing the Vaccine Act of 1813. The law was designed to prevent the spread of counterfeit vaccines, authorize federal agents to distribute the genuine article, and ensure that it could be mailed around the country postage-free.

The next, and easily the greatest of the presidential vaccine heroes was Franklin Roosevelt, who contracted infantile paralysis—or polio—in 1921. During the first full year of his presidency, 1934, he launched his annual tradition of Presidential Birthday Balls, which may have been framed as birthday celebrations for FDR, but whose true purpose was to raise funds for a national war on polio. The Birthday Ball committee soon became the National Foundation for Infantile Paralysis, a research collective that included both Jonas Salk and Albert Sabin, whose vaccines—Salk’s using a killed virus; Sabin’s a live, weakened one—have brought polio to the brink of extinction.

It wasn’t until 1955 that the first of those two vaccines—Salk’s—was approved, and President Dwight Eisenhower put the muscle of the federal government behind it, providing $30 million (almost $285 million in 2019 currency) to assist the states in distributing and administering the vaccine. Eisenhower also understood the urgency parents felt to get their children protected, and when early production problems delayed the delivery of the vaccine, he issued a statement urging patience but promising action.

“Every parent of every child should be grateful to those scientists who have been working without rest and without relief to find answers to the problem that caused the delay,” he said. “With the combined efforts of all, the Salk vaccine will be made available to our children in a manner in keeping with our highest traditions of cooperative national action.”

That tradition continued through subsequent presidencies, with Lyndon Johnson, in 1965, launching an American-led effort to eradicate smallpox in 18 West African nations; with Jimmy Carter’s 1977 National Childhood Immunization Initiative, which sought to push childhood vaccine coverage to 90%—and actually exceeded that, achieving the 95% level needed to sustain community-wide herd immunity; with Gerald Ford’s announcement of a nationwide vaccination program when an epidemic of swine flu—which never materialized—seemed to be approaching.

Ronald Reagan’s support, in 1986, of the National Vaccine Injury Compensation Program was one of the most important—and, later, the most willfully misrepresented—steps in getting Americans inoculated. Recognizing the need for near-universal vaccination of tens of millions of children, as well as the impossibility of achieving that goal if pharmaceutical companies were forever defending themselves against claims of alleged harm from the drugs, Congress and the President agreed to establish a no-fault Federal Office of Special Masters to adjudicate claims and assign awards in the exceedingly rare case that vaccines do any arguable harm. Contemporary anti-vaxxers have labeled the office the “Vaccine Injury Court,” and condemned the no-fault system as a way to shield pharmaceutical companies from the wages of peddling a deadly product. There is no merit to those arguments.

Both of the Bush presidencies also saw vaccine initiatives. The first was in 1991, when Bush 41 backed a vaccination plan to lower measles rates; the second was in 2002, when Bush 43 offered free smallpox vaccinations to healthcare workers, as fears of bio-terror swept the nation in the wake of the 9/11 attacks. To demonstrate the safety of the vaccine, Bush was publicly inoculated himself. Between the two Bush presidencies, President Bill Clinton signed the Vaccines for Children Act, again to boost vaccine rates. And in 2010, with the passage of the Affordable Care Act, President Barack Obama ensured that health insurance plans would be required to cover preventive measure, including vaccines, with no co-pays.

In the thick of the measles outbreak, Trump has at last moved to get square with his predecessors. At a press gaggle in late April he conceded to reporters, “They have to get the shot. The vaccinations are so important. This is going around now. They have to get their shots.”

It’s a small step, but a positive one. RFK, Jr. could take a bigger step still if he heeds his family, learns his science and walks away from the anti-vax rhetoric for good. Every day misinformation gets peddled is another day that children will suffer. 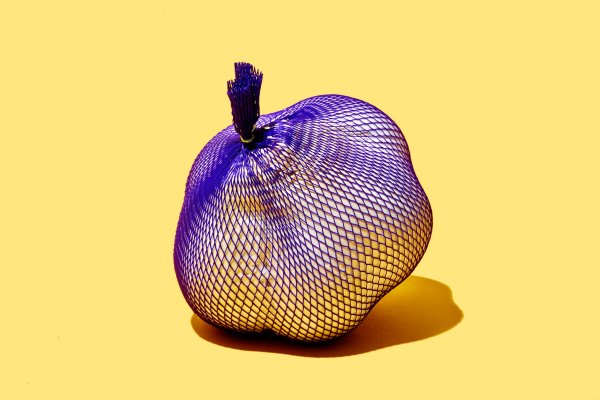 What’s the Best Way to Get Rid of a Bad Aftertaste?
Next Up: Editor's Pick