It’s 7:00 a.m. and Cherry Octaviano’s workday is about to begin. There’s breakfast to be made—fruit, juice, sandwiches and eggs—and a round of cleaning to be done before she wakes everyone up. She dusts the study and sweeps the floors before gently getting the household out of bed.

Around the same time, in an apartment elsewhere in the city, Jennifer Alumbro is preparing school lunches before dropping the kids off at the bus stop. On her return, she gives the kitchen a quick wipe down before cleaning the bathroom.

This is what most mornings look like for Octaviano, 35, and Alumbro, 30, both Filipina domestic helpers in Hong Kong. But come Sunday, they turn their attention from spotless dishes and sparkling floors to batting practice and fielding strategies. It’s their weekly day off and they spend it doing something very few Filipinas do: playing cricket.

Alumbro and Octaviano are members of the SCC Divas, a female team made up entirely of migrant domestic helpers from the Philippines. It’s certainly the first such cricket team in Hong Kong. Quite probably, it’s the only one of its kind in the world.

It isn’t unusual that cricket is played in Hong Kong—the former British colony’s connection with the sport goes back to 1841. But it is interesting how the Divas have taken with such devotion to a sport that, until recently, was completely alien to them—and indeed to most people who did not grow up in one of the Commonwealth or former Commonwealth countries that are cricket’s heartlands, such as England, India, Pakistan, Sri Lanka, Australia, South Africa, the West Indies, and New Zealand.

Cricket has never caught on in the Philippines, despite first being played in Manila in 1914. Until about 15 years ago, the game was only played socially, and haphazardly, by a smattering of expats from Commonwealth countries. Though there are now structured leagues supported by the Philippine Cricket Association in and around the capital Manila, the sport is still far from popular, especially with the Filipino population.

Not so in Hong Kong, where the Divas are helping cricket spread among the city’s Filipino workers. The game is proving to be a welcome diversion for a hardworking community for whom life is often difficult.

While most families in Hong Kong are law-abiding employers and often form warm relations with their helpers, emotional and sometimes physical abuse are occupational hazards. One of the most shocking instances was the 2013 case of a young Indonesian domestic worker, Erwiana Sulistyaningsih, who was starved and tortured by her employer for months. More common is the kind of pettiness that sees a helper’s pay docked for transgressions like using a heater.

Working and living conditions can be challenging, too. Since local laws deem that helpers must live with employers, they have little or no privacy and are constantly on call, working long, tiring days. Given the premium on space in Hong Kong’s overcrowded and exorbitantly priced housing market, many are forced to sleep in substandard conditions when the day’s chores are finally done—making their beds in bathrooms, on balconies, or under racks of drying clothes in corridors.

In these circumstances, cricket is more than just a sport for the helpers. It’s a ready-made family and cultivates a sense of pride. “People say we’re just cleaners and nannies,” Alumbro tells TIME. “We are doing our best to change that. We are more than that.”

In their own, small way the Divas are also part of a growing wave of women’s cricket. Women’s games now draw sizeable crowds and television viewers. One estimate suggests that close to 180 million people tuned in to the 2017 Women’s World Cup, with the 26,500 capacity crowd at London’s hallowed Lord’s cricket ground the largest ever for a women’s final.

‘We’d had enough of playing softball’

Team captain Josie Arimas was the driving force behind the Divas’ formation in 2017. Arimas, 50, a former softball player in the Philippines, was introduced to cricket in 2015 and spent two years playing with a Hong Kong team before deciding to form her own squad. She received enough interest from fellow Filipinas to go ahead with her plan.

“We’d had enough of playing softball; it was boring. Cricket was a new sport,” Arimas says.

She found an ally in Animesh Kulkarni, an Indian businessman and cricket fanatic, who brought the team under the aegis of his Subcont Cricket Club (SCC) and became its manager.

Kulkarni, 58, is one of the many South Asian expats around the world who help cricket grow. His love for the game, what he terms keeda (a colloquial Hindi term for an obsession), has seen him become a mainstay of the Hong Kong cricket scene since he moved to the city in the early 1990s.

“I had a stroke about 15 years ago and couldn’t move my left arm, but it’s that keeda that gave me the willpower to work to raise my hand for the umpire signals,” Kulkarni says.

Despite most of the team having never played cricket before, they quickly found their feet, bringing to cricket skills and athleticism honed in local softball and baseball leagues. Although many softball and baseball fans profess to be baffled by cricket’s rules, the sports have a great deal in common. They are all explosive games, full of tension, in which quiet moments are shattered by sudden bouts of frantic activity. Strategy, nuance and cunning are essential to victory, and an entire day’s play can hang on the subtle turn of a ball.

Coach Najeeb Amar, 48, who used to train the Hong Kong women’s team, tells TIME that he just needed to “fine-tune” the existing skills that the Divas had acquired elsewhere and adapt them to a new sport. But he has to work within the challenging schedules of his team, who have only one day off a week, usually a Sunday—and even then, demanding bosses can curtail the day at either end. Some employers insist that their helpers be home by a certain time. Others won’t let them out until a couple of chores have been done.

“They have to walk the dog before leaving home,” Octaviano says of some team members who find it tough to show up to 8:00 a.m. training.

The Divas face such circumstances with cheerful resilience. Their games at the Po Kong Village Road cricket ground are part sports fixture, part picnic, with loud conversations and laughter over trays of noodles and coolers filled with drinks. The bonds between them are evidently close. The players call their captain Ate Josie, using the Tagalog term for “older sister.”

The Divas give Alumbro something to look forward to during the domestic drudgery of the working week. “We might be bruised from our games, but on Monday we’re already discussing the next match,” she says, “Each game gives us the motivation to do better next time.”

Such motivation has seen them top Hong Kong’s Development League—a tournament for amateur women cricketers—two years running. That success in turn has generated enough interest among the migrant worker community for the establishment of a second team, the SCC Pinay.

Now they’re aiming to move up to more competitive leagues. In December some of the Divas also hope to take their talents back to the Philippines, where there are proposals to organize an international cricket series with a Philippines national women’s team competing against countries from the region. Kulkarni said some members of the Divas will likely be trying out for the national squad.

It’s a long way from worrying about clean countertops and laundry loads, and a big step for players who hadn’t heard of the sport until two years ago. Arimas is hopeful. “Maybe one day some of us can play for the Philippines,” she says.

Even if they don’t make the squad, each and every one of the Divas is already a winner. “I don’t play just for me,” says Alumbro, summing up the Divas’ ethos. “I play for all of us, because my victory is also their victory.” 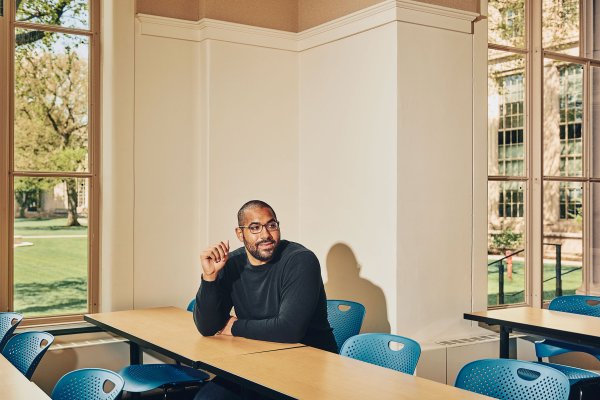 Ex–NFL Player John Urschel Gave up the Game for a Ph.D.—and a Life—in Math
Next Up: Editor's Pick