Luckin Coffee has Starbucks worried. The Xiamen-based upstart has opened 2,370 coffee shops across 28 Chinese cities since June 2017. And on Monday, it announced plans for a Nasdaq initial public offering (IPO) of around $17 a share—which, if successful, could value the company at $4 billion.

It’s a clear challenge to the Seattle-headquartered global king of coffee, which entered China two decades ago and last year held over half of the domestic market, according to Euromonitor. But Starbucks’ China sales grew just 1% in the last quarter of 2018, down from 8% growth the year before. Analysts point to China’s slackening growth in general for the slowdown, yet few dispel the specter of Luckin looming over the green siren’s shoulder.

It’s no exaggeration to say that Starbucks is the main reason why coffee is fast supplanting tea as the beverage of choice for China’s harried urban residents. More than 3,700 Starbucks outlets have opened across the world’s number two economy, with a new store popping up every 15 hours or so. The firm aims to have 6,000 sites in China by 2023, and sees the world’s populous nation as a main avenue of growth given market saturation in the U.S.

And so despite the impressive-looking IPO, Luckin may struggle to compete. It hopes to succeed by unleashing technology to boost convenience. In that way, it shouldn’t be thought of as a high-end coffee chain at all. After all, Ninety percent of Luckin outlets are little more than an austere counter with coffee machines in the corner of an office building lobby. Customers browse and select their beverage via an app, pay online, and then get alerted via smartphone when their order is ready. At the allotted time they can wander over to pick up their steaming cup of joe and get back to their desk before their boss notices their absence. It’s high-convenience, low-cost and zero frills. There’s virtually no waiting in line. Cash isn’t even accepted. Plus it’s about half the price of Starbucks.

“Luckin is great as it’s super convenient during the workday,” says Shanghai office worker Xiao Wang, as she struggles to balance her iced latte, smartphone and portable charger in her grasp. But, adds Wang: “As for the coffee, it’s just so-so.”

That’s the thing. Luckin is more about convenience than great coffee. It’s not bad, but there’s no arcane choice of far-flung beans, plush ambience or tony baristas. The food on offer treats bland as an art form and leaves no doubt that it’s a distinct afterthought. For Jeffrey Towson, a business professor at Peking University and private equity investor, “Luckin’s real competition is convenience stores like 7-Eleven rather than Starbucks.”

What’s more, Luckin is burning through $130 million a year, and admits that more losses are likely in the future. The company reported a net loss of $241 million for 2018 with total revenue at $125 million. Its corporate structure is peculiar and revenue forecasts are speculative at best.

Both Luckin and Starbucks are betting big that China’s demand for coffee will only increase. There’s reason to be optimistic on that front. The Chinese on average currently drink two cups of coffee every year—in Italy it’s 700—and so even a marginal uptick across China’s 1.4 billion people could herald profits galore. Of course, there’s a chance consumption could plateau, but in coffee’s corner is that it’s an addictive beverage and China is urbanizing fast.

Still, Luckin’s cash-burning expansion puts it at greater risk than Starbucks, and not just because of the American firm’s established dominance. The Luckin filing made a big deal of its scalability. But that’s usually a tech firm argument: burn cash at the start in hopes that profits flood in if and when user numbers soar. But the same doesn’t normally apply for retail enterprises like selling coffee, where scale and costs are more closely aligned.

In addition, Starbucks actually owns its stores, which to some extent insulates it from the worst vicissitudes of the marketplace. Luckin owns very little but owes a lot. Moreover, Starbucks is only half about the coffee, half about the experience. “Starbucks is a luxury product with beautiful stores in nice locations,” says Towson. “That’s not the same as what Luckin is doing, which is mass market convenience.”

Compounding matters, if convenience is your main selling point, what’s to stop an established convenience store chain — 7-Eleven, say — from launching a similar app and selling discount coffee from its 2,892 existing stores in China? Luckin’s business model is innovative but vulnerable to imitation. “That could be a big problem for Luckin,” says Towson. 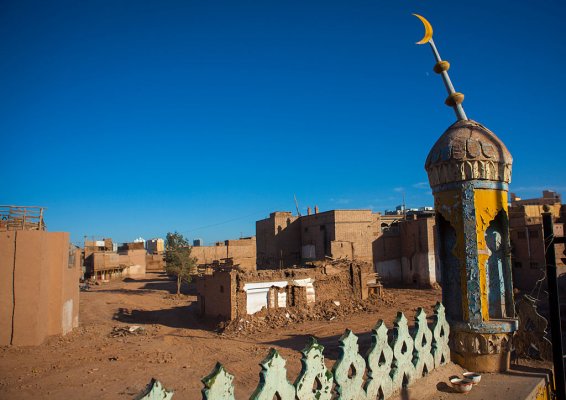