Daenerys has felt increasingly isolated and outraged since she arrived in Westeros. Two of her dragons have been killed, two of her closest advisors died and half of her army was wiped out. Now, her lover — and nephew — has a better claim to the Iron Throne than her. Daenerys looked on with envy as the Northerners rallied around Jon in episode four of season 8. (To be fair, they were all praising Jon for riding a dragon, which Daenerys has been doing for year. That’s just rude.)

Despite her jealousy, Daenerys still made one great decision during “The Last of the Starks:” She legitimized Gendry Baratheon and made him Lord of Storm’s End. She likely earned his loyalty in the process.

It’s important that Dany build up her cadre of allies as she heads into battle with Cersei. In theory, she can call on many backup forces in King’s Landing: She still has the faith of Yara Greyjoy and the Ironnorn as well as that of Daario and the Second Sons.

But there are plenty of regions that have been left leaderless in the last several seasons, and Daenerys ought to think strategically about filling them with people loyal to her. Storm’s End has long been a near-impenetrable stronghold and elevating Gendry’s status likely earned her that strategic spot.

During the episode, Jaime and Tyrion discuss the other available lands with Bronn: There’s Dorne, where the Martell line has ended; the Reach, where there are no more Tyrells or Tarlys to lead; and the Riverlands, once commanded by the Tullys and the Freys, also faces a power vacuum. Bronn wants one of these great lands, but in theory they are all up for grabs.

Depending on how tuned in she is to the Winterfell gossip, Daenerys also might have had reason to expect that Gendry and Arya would indeed have married. Their partnership might have bridged the massive trust gap between Daenerys and the Starks if Gendry advocated for Dany. Unfortunately for both the Dragon Queen and Gendry, Arya has always maintained that she will never be a lady. “That’s not me,” she told Ned Stark in season 1 and repeated to Gendry in the final season. So that alliance will probably never happen.

Euron’s giant crossbow proved surprisingly powerful in Cersei’s fight against Daenerys. The best way to protect Drogon from a similar fate might be some sort of armor or weapon that Gendry constructs — right after he returns from licking his wounds after being rejected by Arya. 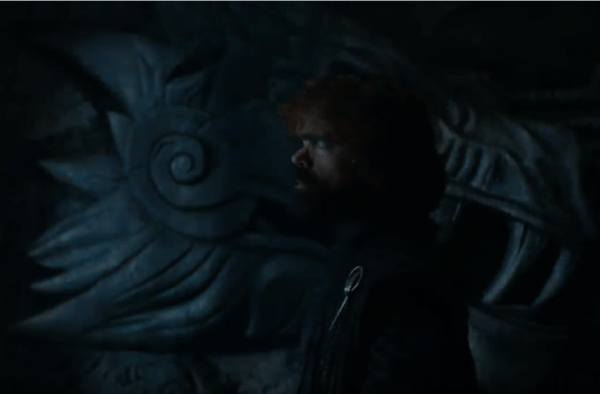 How Game of Thrones May Be Teasing a Major Tyrion Reveal
Next Up: Editor's Pick