Country House #20, ridden by jockey Flavien Prat, War of Will #1, ridden by jockey Tyler Gaffalione , and Maximum Security #7, ridden by jockey Luis Saez fight for position in the final turn during the 145th running of the Kentucky Derby at Churchill Downs on May 04, 2019 in Louisville, Kentucky.
Andy Lyons—Getty Images
By Alejandro de la Garza

Race stewards determined that the first horse to cross the finish line, Maximum Security, had moved to the outside of the track, blocking the path of other horses. The race officials disqualified Maximum Security for interference and handed the win to second place finisher Country House. It was the first case of an apparent winner being disqualified for interference in the Derby’s 145-year history.

Trump expressing his displeasure at the judge’s decision and blaming the outcome on “political correctness.”

“The Kentucky Derby decision was not a good one,” the President tweeted on Sunday morning. “It was a rough and tumble race on a wet and sloppy track, actually, a beautiful thing to watch.”

“Only in these days of political correctness could such an overturn occur,” he continued. “The best horse did NOT win the Kentucky Derby – not even close!”

Though the President was clearly displeased by the race officials’ decision, the exact connection between the decision itself and “political correctness” was not entirely clear. 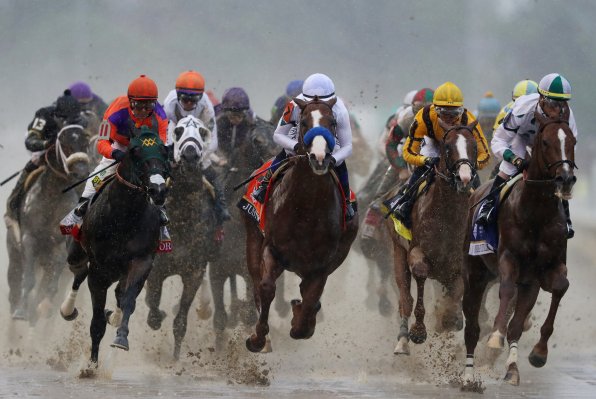 Horse Deaths Are Haunting the Racing World Ahead of the Kentucky Derby. Here's What's Being Done to Stop Them
Next Up: Editor's Pick