President Donald Trump initiated a lengthy call with his Russian counterpart on Friday, in which Vladimir Putin urged sanctions relief for North Korea and warned against interference in Venezuela, the Russian embassy in Washington said.

The leaders’ call lasted for 1.5 hours, according to a post on the embassy’s Facebook page, and the pair discussed a “shared commitment to step up dialogue in various areas, including on issues of strategic stability.” White House spokeswoman Sarah Huckabee Sanders said Friday the leaders spoke for more than an hour.

Trump tweeted about the chat for a second time on Saturday, saying there was “tremendous potential for a good/great relationship with Russia.”

On Friday, Trump told reporters at the White House that Putin had assured him Moscow isn’t seeking to “get involved” in the crisis in Venezuela, despite assertions by the U.S. president’s top national security advisers that the Kremlin is offering critical support to Nicolas Maduro’s regime.

“He is not looking at all to get involved in Venezuela other than he’d like to see something positive happen for Venezuela,” Trump said of Putin. “And I feel the same way.”

The conversation, which Trump went on to describe as “very positive,” appeared to be another example of Trump taking Putin’s claims at face value despite contrary evidence from his own government. Sanders said on Friday that Trump simply was “relaying what President Putin said to him. That’s it.”

The White House national security adviser, John Bolton, and U.S. Secretary of State Michael Pompeo both said earlier this week that the Kremlin talked Maduro out of leaving Venezuela after U.S.-backed opposition leader Juan Guaido attempted to end his regime on May 30 by calling for a military uprising.

In a video message posted Saturday on Twitter, Pompeo said that during an April visit to Cucuta, Colombia, on the Venezuelan border, he’d seen “first hand the misery that Maduro’s created, with the Russians’ and Cubans’ help.”

Russia’s take on Venezuela was that the South American nation has “the right to determine the future of their country” without outside interference, its embassy said. “Attempts to change the government in Caracas by force undermine prospects for a political settlement of the crisis.”

On North Korea, the Russian embassy said Putin and Trump “noted the importance of consistent progress towards denuclearization and achieving long-term normalization on the Korean Peninsula.” Putin briefed Trump about his April 25 meeting with North Korean leader Kim Jong Un in Vladivostok.

Hours after their talk, North Korea fired numerous short-range projectiles off its eastern coast, according to South Korean authorities, a move seen as Kim’s latest and most provocative signal of frustration over talks with Trump following the pair’s failed summit in Vietnam in February.

Trump said Saturday on Twitter he was confident Kim “does not want to break his promise to me.” 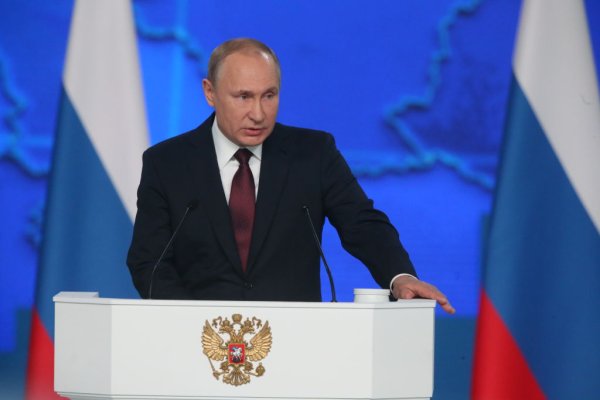