The Ultimate Game of Thrones Fan Quiz: Find Out Who You Really Think Should Win

For all its narrative complexity and unforeseeable twists, Game of Thrones has always played out against the background of who — or what — will control Westeros at the conclusion of the epic story. As the end of the hit HBO series quickly approaches, that dubious honor could still fall to a number of the game’s contestants.

In the same vein as TIME’s “Ultimate Harry Potter Fan Quiz,” the following interactive examines George R. R. Martin’s fantasy world through the lens of empirical social science. In partnership with research psychologists from the University of Cambridge, the University of Illinois at Urbana-Champaign, and the University of Mainz, Germany, we created the following survey that matches your views on leadership with one of the five surviving characters in the show who could ultimately take the reins.

Which of the Game of Thrones characters do you most closely align with? Take our quiz to find out:

(Can’t see quiz? You can find the direct link here.)

As with similar projects that TIME has run with social psychologists, this one serves a dual purpose. First, it shines a light on the nuances of a popular fantasy world. Second — with each user’s consent — it anonymously contributes data back to the scientists who helped design it.

We’re also grateful to the hundreds of people who seeded the survey with psychological profiles of the characters themselves by answering the questions on behalf of Cersei, Daenerys, Tyrion, Arya and Jon Snow.

Stay tuned for the results of the study. Find out more about our research, methodology and privacy practices here. 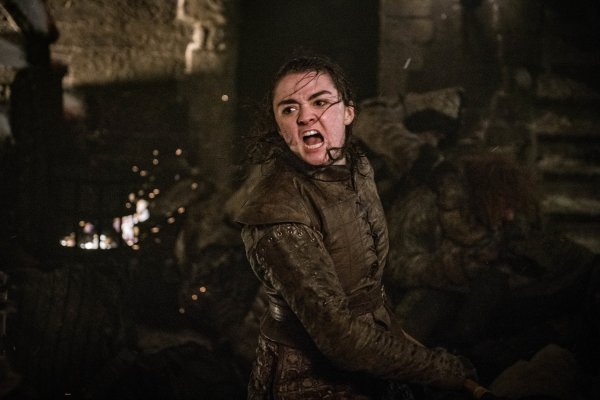 The 'Arya Challenge' Is the Best Game of Thrones Phenomenon in the Realm
Next Up: Editor's Pick