The Facebook logo is displayed during the F8 Facebook Developers conference on April 30, 2019 in San Jose, California. Facebook is banning Alex Jones, Milo Yiannopoulos and others for violating their policies on hate speech.
Justin Sullivan—Getty Images
By Kurt Wagner / Bloomberg

The company is also blocking religious leader Louis Farrakhan, who is known for sharing anti-Semitic views; Paul Nehlen, a white nationalist who ran for Congress in 2018; and conspiracy theorist Paul Joseph Watson. All of these individuals and accounts that represent them are also banned from photo-sharing app Instagram.

“We’ve always banned individuals or organizations that promote or engage in violence and hate, regardless of ideology,” a Facebook representative said Thursday in a statement. “The process for evaluating potential violators is extensive and it is what led us to our decision to remove these accounts today.”

Facebook is often chided for failing to stop the spread of harmful speech and misinformation on its platform, and Thursday’s bans show that the company is taking a firmer hand in enforcing its own service terms. Even so, the moves are bound to draw criticism from media and politicians on the far right. Facebook has been accused numerous times of suppressing conservative voices. The company denies its decisions are based on politics, and says these individuals have repeatedly violated its policies around hate speech and promoting violence.

Jones, who peddles conspiracy theories through his media site InfoWars and has frequently said that the Sandy Hook school shooting was staged, was temporarily suspended from Facebook last year. His official fan page was also previously banned, but Jones was allowed to operate a personal account. Now that has been prohibited on Facebook’s sites as well.

Facebook is also banning all fan pages dedicated to InfoWars stories and videos. The company had previously banned the official InfoWars Page in August, and banned 22 more InfoWars-related Pages where Jones was an administrator earlier this year. Now the company will remove all fan pages that promote InfoWars, even if they have no formal connection to the site or its employees.

The Menlo Park, California-based company didn’t give details on what led to the bans this week, though a spokesperson said that Jones, Yiannopoulos and Loomer have all recently promoted Gavin McInnes, founder of the violence-prone far-right group the Proud Boys, whom Facebook banned in October.

When it comes to dangerous individuals who promote hate speech or violence, Facebook can ban users for actions they take in the real world, or on other services, like YouTube. In Jones’s case, he hosted McInnes on his show late last year andpromoted him on Instagram earlier this year. A Facebook spokesperson says Yiannopoulos and Loomer have also publicly promoted McInnes. The company didn’t specify other posts or actions taken by any of the individuals blocked on Thursday.

Yiannopoulos, the former editor of Brietbart News, and Loomer, a far-right activist who is also known for spreading conspiracy theories, have both previously been banned from Twitter Inc.’s social-media service. Twitter permanently blocked InfoWars and Jones in September for violating its harassment policies.

When Facebook bans an individual or organization, it typically also removes posts from other users who praise or support them. In this case, a Facebook spokesperson said that people will be able to post about or praise these banned users, though they won’t be allowed to share any of their views or opinions that Facebook considers hate speech or calls for violence.

“Our work against organized hate is ongoing,” Facebook said in the statement. “We will continue to review individuals, pages, groups and content against our community standards.” 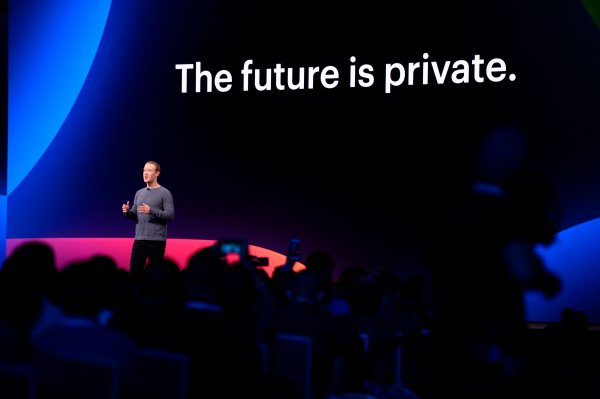 Here's What to Know About Facebook's Biggest Redesign
Next Up: Editor's Pick