I Visited Eve Ensler to Talk About Her Sexual Abuse. I Got a Therapy Session Instead

This isn’t a Psychologist’s Office. It’s a cavernous Manhattan loft, the kind with an elevator that opens directly into the apartment. But my conversation with its resident, famed feminist Eve Ensler, feels suspiciously like a therapy session. And I’m the patient.

I should have seen this coming. Ensler, 65, has always been the probing sort: She made her name interviewing women about their genitalia, sexuality and body image, performing versions of their stories in The Vagina Monologues. Twenty-three years later, it remains a seminal feminist text and has been staged in more than 140 countries.

Today I’m here to talk to Ensler about a particularly difficult subject: her claim that her father physically and sexually assaulted her throughout her childhood, a topic she has historically evaded in interviews but is finally ready to address head-on. Thirty-one years after her father’s death, Ensler has written an apology to herself in his voice. That letter, spanning 112 pages, fills her physically slight but emotionally weighty book, The Apology, out May 14.

Ensler tells me that it’s one of her “deep fantasies” that abusers will use her book as a blueprint for an apology done right. She’s been disappointed by the self-pitying public statements released, particularly over the past year and a half, by men accused of abusing women. “I haven’t seen a single man reckon with what he’s done,” she says. “Sixteen thousand years of patriarchy, and I don’t know that I’ve ever heard a real, public apology from a man.”

The question of whether people who abuse others should have a public voice at all is itself controversial, and Ensler never expected to advocate hearing out the accused. In 2015, she wrote a piece for this magazine in which she compared the quest to understand Bill Cosby, who was facing multiple accusations of sexual assault, to the agony she felt in dissecting her father’s behavior: “I cannot explain why these men did what they did,” she wrote. “I’ve given way too many years analyzing their perverse psychology, and I’ve exhausted every option. I no longer give a damn.”

But here she is, tackling that very project. Sitting beside her at a long wooden table, I read her own quote back to her and ask her what’s changed. “Look — it took me 65 years to get here,” she says. “I needed to be enraged for a long time.” She equates living with trauma to living in a cage. “Sometimes you shake the cage, sometimes you try to steal the key — all survivors are in that process.” She needed to write this apology to free herself, and she thinks doing the same might unburden other women too. “It’s not prescriptive,” she says. “But it’s deeply healing.”

Here is where things go awry. This is a challenging subject, and as we begin to talk about trauma and healing, I try the old reporter’s trick where you offer a morsel of your own experience in hopes of evening the playing field and deepening the conversation. But by the end of our talk, she’s unpacking the aftershocks of a traumatic experience from my life, asking personal questions that send me reeling. I leave the interview shaking.

Ensler wants to share a spiritual experience — with me, and with all women. She likens writing The Apology to a fever dream. She believes her father came to her during the process. “It’s not even my language, a lot of it,” she says. “If someone beats you or rapes you or molests you, they enter [your consciousness]. And what I learned from this book is you can change the trajectory of your ongoing, internal dialogue with your perpetrator.”

Ensler suddenly “realized,” as she puts it, aspects of her father’s life that he never told her, beginning with how he was overindulged by his mother. “Adoration is a way of killing people’s humanity,” she says. In her view, her father never learned to doubt himself or empathize with others. And like his entire generation of men, he was taught not to cry.

At some point, he started watching Cary Grant movies — he looked just like Cary Grant — and discovered that he could cover up his growing callousness with charm. His personality split in two: the seducer and the sadist. He was the type of man who would never apologize for anything. Within the metaphysical world imagined by Ensler in The Apology, he only speaks to her because he’s been trapped in a torturous limbo for the three decades since his death.

She believes apologies are for both the person who gives and the person who receives. Offering an apology isn’t a punishment for an abuser — it’s a liberation. Yet according to her book, apologies have strict guidelines: the perpetrator must say the crime out loud; acknowledge how his actions have impacted his victim; empathize with her; feel profound remorse; and do “extensive work” to understand what made him commit the crime.

I tell Ensler this framework seems unrealistic to me. I once spent several days observing convicted rapists in court-mandated sex-offender therapy for a story, and they struggled with this sort of self-reflection and empathy even after years of treatment. In her book, Ensler imagines her father uttering lines like, “I am profoundly grateful [to you]. How odd. I was never grateful … Why would I be grateful when the world was rightfully endowed to me?” Nobody speaks this way, and some may find the book flat in its one-dimensional depiction of the two characters. But others might say, fairly, that the emotional resonance of a work of art matters more than its realism. Ensler’s stories about the abuse and how she hardened herself in response to it are undeniably shattering.

Even so, the book’s greatest strength may be in its potential as a piece of activism. So many #MeToo conversations take place among women, rather than between women and men. Ensler believes that apologies like the one she has put forth could create a bridge. In that spirit, she plans to launch a website where survivors can submit anonymous letters they’ve written in the voices of their abusers, and hopes some perpetrators might contribute too. And someday, men might perform these apologies onstage — an inversion of The Vagina Monologues.

My talk with Ensler about The Apology broadens into a larger discussion about how to handle all the bad men. Men, she asserts, are hurt as much by the patriarchy as women are. I agree. We discuss the anxieties so many of us face about raising boys to become respectful, empathetic men in a culture that prioritizes their needs over those of women. I tell her that raising a “good boy” seems hard, and that I worry about how I might someday do it. And without meaning to, I’ve opened a door.

Later, once I have turned off my recorder, she does what she has done with so many other women: She asks me about myself. But it feels more like she is telling me about myself. She suggests that my anxiety about having a male child is connected to my fear that he will grow up to hurt women in the same way that I was hurt. She theorizes that I’ve spent so much of my career writing about feminism, sexism, assault and harassment as a direct response to my own experience. Writing this book, she says, made her feel like an artist reborn — freed from the shackles of only creating work about her trauma. She tells me to write my own letter, so I can feel that too.

In this moment, I want to believe her. She has spent her entire career speaking to abused women. Her nonprofit V-Day, founded after The Vagina Monologues debuted, has been a force in the global fight against gender violence, including rape and genital mutilation. I have always seen her as a spokesperson for the female experience as she has used her own voice to amplify other women’s stories of joy and suffering onstage in her most famous work, as well as her plays Emotional Creature, about girls’ experiences growing up, and The Good Body, about women’s struggles with their health and appearance. The weight of her authority is almost crushing. Still, I demur. “I think I’m fine,” I tell her.

But when I leave Ensler’s loft, my heart is pounding. I stop on a park bench nearby, in the hopes that I might “realize” — in her vocabulary — something about the person who hurt me. For days after I wonder if I will suddenly find myself, pen in hand, beginning to craft the apology he never offered, liberating me from some years-long burden. But my ghost doesn’t arrive. Neither does the impulse to conjure him.

Who am I to disagree with this elder stateswoman of feminism who has endured so much yet still strives to find ways to heal herself and her gender? Maybe Ensler was able to produce a more rigorous and truthful psychological assessment of me in two hours than I have been able to do for myself in a lifetime. Maybe her recommendation, writing this letter, would suture a wound I didn’t even know I had.

Or maybe it wouldn’t. Because every woman knows what it’s like to do a man’s emotional labor for him, and I’ve grown weary of that. Sure, I could write a fantasy of an apology. But I’d rather have no apology at all. 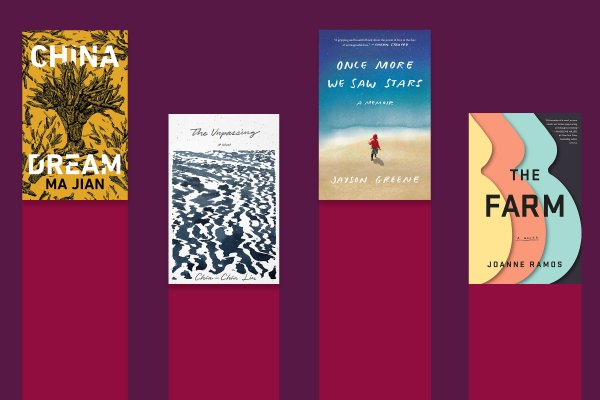 Here Are the 10 New Books You Should Read in May
Next Up: Editor's Pick