Rapper, producer and technology entrepreneur will.i.am doesn’t shy away from hard truths when it comes to Silicon Valley.

Will.i.am was joined by Dell Chief Marketing Officer Allison Dew as well as Brynn Putnam, founder and CEO of Mirror, which makes a full-length mirror that doubles as a screen for streaming home workout classes. The discussion, moderated by TIME Deputy Editor Eben Shapiro, touched on a range of issues related to optimism and anxiety about technology in the digital age.

Will.i.am expounded on his assertion that society is not investing enough in its youth, citing the difficulty he’s had acquiring funding for his educational programs, as compared to the hundreds of millions of dollars he’s been able to raise for his technology ventures. “It’s hard to raise money for kids. It’s inhumane that’s even a fact,” he said. “Why is it so hard to raise money for education? That keeps me up at night — I don’t understand it.”

Will.i.am followed, bringing up the example of drug regulation in the United States. “It’s no longer about what’s great for your body and the community … If the same applies for technology, we’re in doom,” said Will.i.am. “It should be about what’s good for people, not business.”

The discussion also touched on the importance of technology in addressing the world’s most pressing issues, and technologists’ responsibility to move innovation in that direction.

“What scares me about technology sometimes is just this idea that innovation requires revolution,” said Putnam. “I think sometimes there’s an overemphasis on what we’re able to do rather than what the world needs.”

“Technology shouldn’t be about delivering your burrito faster,” said Dew. “It should be about, how do we eradicate illness and poverty and real huge social issues?” 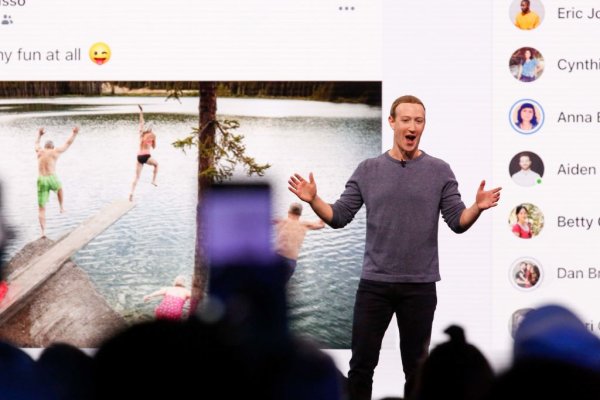 Your Facebook App Looks Very Different Today. Here's How to Use the New Design
Next Up: Editor's Pick