Who Would Win in a Fight Between Marvel's Strongest Characters? Help Us Pick a Winner

It’s a debate that has consumed Marvel fanatics for more than 50 years, and it always begins the same way: “Who would win in a fight between…”

Back in the “Silver Age” of Marvel Comics, there was still a manageable cast of superheroes and villains each typically occupying their own magisteria, so the perseverant argument was mostly hypothetical. But the characters began to bleed into one another’s worlds. And since graduating from paper to modern-day cinema, these worlds have fused into the supermassive Marvel Cinematic Universe, reaching a fever pitch with the just-released Avengers: Endgame.

And yet the question remains: Who among the dozens of major Marvel characters is the strongest? The following interactive will determine your preference using a superpower of our own: an algorithm. Starting with TIME’s selection of the top 40 heroes, villains and wildcards, you’ll be served a series of one-on-one matchups. As you play, the game will pare down the candidates to your personal top 10 by rewarding or subtracting points according to how each character has fared in every previous duel. (We’re dis-including Endgame big bad Thanos because, let’s face it, that wouldn’t be a fair one-on-one fight for anyone.)

This method of choosing from a large group is known as the ELO Rating System, first designed for chess tournaments and now widely used in video games and many other competitions. For any given matchup, the points at stake are determined by the relative difference in each opponent’s score. So even if a matchup pits two subpar characters against one another, the result will inform the next matchup involving either party.

Each time you make a selection, TIME will anonymously record your vote. Stay tuned for the crowd-sourced answer to geekdom’s ultimate debate. 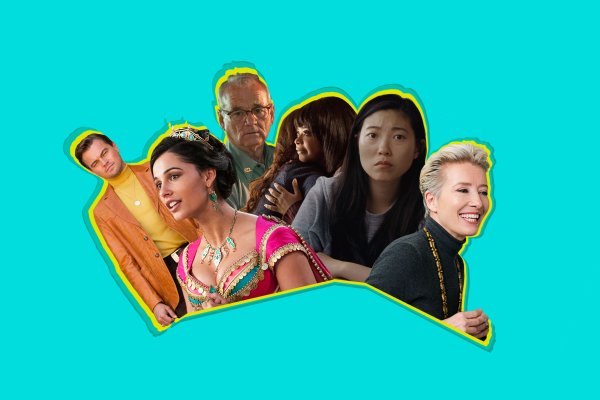 The 50 Most Anticipated Movies Coming Out in Summer 2019
Next Up: Editor's Pick