A photogenic seagull has taken up a perch near a traffic camera above London’s Brunswick Road set up by Transport for London (TfL), which, according to its website, is “a local government organisation responsible for most aspects of London’s transport system.” The public became aware of TfL’s new bird reporter on Monday, when made its first on-camera appearance which was shared on Twitter. The traffic reporting site’s star reporter made a repeat appearance on Tuesday, with TfL sharting the photo with the caption, “Guess who’s back?!”

The world finally started paying attention to the organization’s new traffic reporter on Wednesday, though, when TfL once again tweeted out a photo of the bird. “Due to popular demand, a quick update from our reporter just north of the Blackwall Tunnel…..” With that tweet, people finally realized that TfL was truly backing the seagull’s dream of being an on-camera traffic reporter and helped the avian journalist go viral. At the time of publication, the tweet garnered more than 19,000 retweets and 57,000 likes. As the bird reporter’s popularity grows, hopefully other sites will follow in TfL’s footsteps, because if you want a bird’s eye view of traffic, no one is more suited to the task than an actual bird. 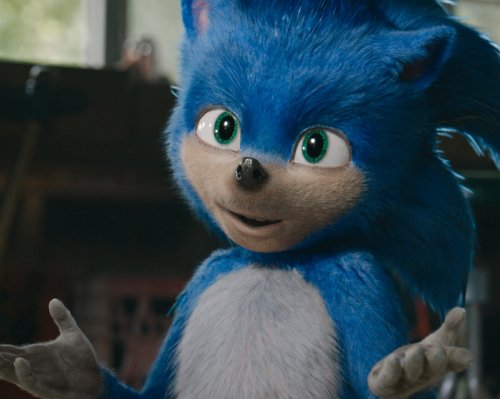 No One Can Look Away From Sonic the Hedgehog's Teeth in This New Trailer
Next Up: Editor's Pick