More Teens Are Attempting Suicide By Poisoning. Here's What Parents Should Know

Illustration by Sydney Rae Hass for TIME
By Jamie Ducharme

Suicide rates are on the rise in the U.S. across age groups and demographics. But in recent years, increases have been particularly pronounced among teenagers — especially girls, who die by suicide less frequently than boys but attempt it more often.

Intentional self-poisoning is the leading type of suicide attempt for adolescents (and the third-leading cause of suicide deaths), and a new study confirms that numbers here, too, are rising. The research, published in the Journal of Pediatrics, found that suicide attempts by poisoning have doubled in frequency among kids younger than 19, rising from almost 40,000 attempts in 2000 to almost 80,000 in 2018. Teen girls seemed to drive the increase in self-poisoning attempts, which can include intentional drug overdoses or exposure to other toxic substances.

“Not only is the number of cases increasing, but the outcomes are getting worse,” says study co-author Henry Spiller, director of the Central Ohio Poison Center.

Out of more than 1.6 million self-poisoning attempts among people ages 10-24 that were reported to U.S. Poison Control Centers (PCCs) and entered into the National Poison Data System database from 2000 to 2018, more than 340,000 resulted in symptoms that were non-life-threatening but required treatment. More than 45,000 resulted in life-threatening symptoms and about 1,400 resulted in death, the study says. Those estimates were similar to figures from the National Electronic Injury Surveillance System, according to the study.

Study co-author John Ackerman, suicide prevention coordinator for the Center for Suicide Prevention and Research at Nationwide Children’s Hospital in Ohio, says the findings have both practical and emotional implications for parents.

“We can’t overstate the importance of checking in emotionally with kids at very young ages, giving them tools to express what they’re struggling with,” Ackerman says. “That’s one of the most effective things you can do, other than reducing access to lethal means” — which can mean keeping medications safely stored and disposing of unneeded pills.

The authors suggest that increased use of social media and technology — and related changes in how kids socialize — could partially explain the uptick. The opioid crisis may also play a role beyond the intentional drug overdoses accounted for in the study, the authors write, since research shows that children of parents with substance use issues may have an increased risk of mood disorders.

Still, suicide rarely has a single cause and often involves both internal and external factors. Mental health issues are a common precursor, but life traumas or exposure to other suicide deaths can also exacerbate suicidal thinking. For example, a study published in April found that youth suicide rates increased by nearly 30% in the month after the release of the show 13 Reasons Why, which was centered around a teen girl’s death by suicide. Another April study showed how suicide contagion, by which exposure to one suicide death can trigger suicidal behavior in others, can play out in communities.

Though it’s a complex issue, Ackerman stresses that parents, doctors and other adults should not be afraid to talk frankly about suicide with those they’re concerned about, especially if kids are showing signs of psychological or emotional suffering. “Distress does not increase when you ask kids questions, and it doesn’t result in additional cases of suicidal thoughts or behaviors,” he says. “Not only can we ask about it, we should ask about it.”

Encouraging face-to-face social interaction with friends and family can also improve kids’ wellbeing, Ackerman adds, as can setting boundaries around social media and technology use. He says these tactics may be especially important for teen girls, who tends to be more relationally minded than boys.

“Making sure that they feel socially connected without being overwhelmed is really important,” Ackerman says. Look for “more groups, more empowerment to make sure that they don’t rely on things like social media to define themselves.”

If kids are exhibiting worrying behavior, or if they say they’ve seriously considered suicide or have a plan for carrying it out, parents should call a crisis hotline or mental health providers who can help, Ackerman says.

And if someone does attempt suicide through self-poisoning, Spiller says to call a PCC, since they can help coordinate and consult on emergency and follow-up care. “Early intervention often is extremely valuable,” Spiller says. “This is what we do.”

If you or someone you know may be contemplating suicide, call the National Suicide Prevention Lifeline at 1-800-273-8255 or text HOME to 741741 to reach the Crisis Text Line. In emergencies, call 911, or seek care from a local hospital or mental health provider. You can also call Poison Control at 1-800-222-1222. 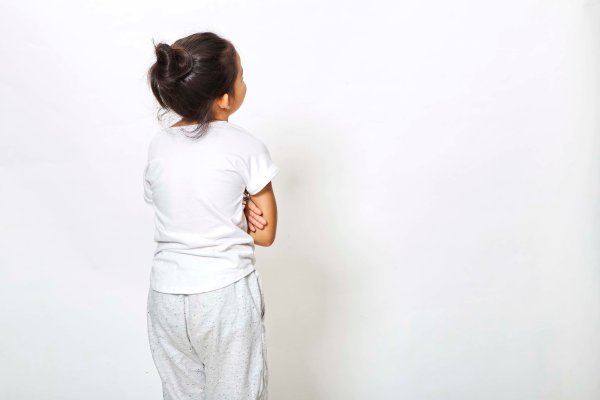 It's Not Your Imagination: That Toddler is Judging You
Next Up: Editor's Pick