Dove’s empowerment-as-advertising Real Beauty campaign has taken a recent turn towards deception—and it’s a deception that is so obvious to viewers, it’s become almost insulting to watch.

The concept of the four minute spot above is simple and only unpredictable to anyone completely unfamiliar with psychology: Unilever’s Dove has created a “revolutionary” magical beauty patch (RB-X) that will pump bursts of self-confidence into what you’ll soon start seeing as Michelle Obama-quality arms. After two weeks, it will enhance women’s perception of self-beauty.

Suspect as the product sounds, real-life women tell a real-life psychologist their very real-life insecurities—”If I was more confident I would have the ability to like approach a guy maybe”; “I almost kind of avoid marriage lately because I, you know, feel bad about myself”— and then join a “trial” to test the product and keep a video diary to track the change. Just as marketers predicted, while at first the women saw no difference (because it was a placebo?), in a couple days they were getting called pretty by coworkers (placebo effect?), smiling at strangers (placebo effect?), and confidently dress shopping. (Dare I say placebo effect?)

Dove then has the beaming, beautifully confident women women gush about RB-X and how this has “definitely been a life altering experience” only to reveal that the patch was, in fact, a placebo. It contained nothing all along. The music swells, tears fall, we were beautiful all along.

For ten years, Dove’s Real Beauty campaign has used female empowerment as an advertising tactic, wooing female customers by proving they are more beautiful than they think they are and that their bodies should be a source of pride rather than anxiety.

And Dove has used said feel-good strategy with great success. Real Beauty Sketches, in which a forensic artist was employed to draw sketches of women who underestimated their looks, became the eighth most-watched (says Visible Measures) and fourth most shared (says Unruly Media) video ad of all time. With a success like that, it’s no wonder that Dove has tried to replicate and replicate the model with hopes that women will share branded video content not because it’s for a beauty product, but because it exposes the fault of their own insecurities and make them feel beautiful.

As someone who tears up during emotionally fraught pet food commercials, I’m overall okay with some degree of emotional manipulation in the name of marketing. Even though there is an argument to be made that the ads problematically show beauty is paramount when evaluating self-worth, I kind of liked Real Beauty Sketches because I could identify with the insecurities and believed the concept of the ad.

And that’s why I think Dove has failed in its latest Real Beauty iteration. While I believe that I would hide from a camera on a bad hair day, and I believe that I would accentuate the size of my nose to a forensic artist who asked me to describe myself, I just can’t believe the thinly-veiled marketing ruse that there is a patch that can make us more beautiful. It makes women seem too gullible, too desperate, and overall helpless against the all-knowing master manipulators at Unilever. 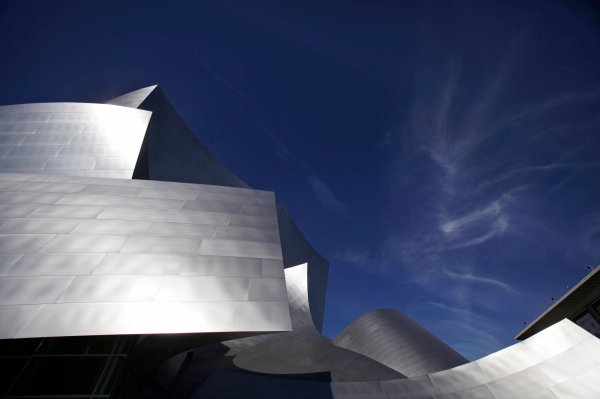 Hear the L.A. Philharmonic Play Through a 5.1 Earthquake
Next Up: Editor's Pick