Burger King’s meatless Impossible Whopper will soon be available across the country.

After testing the meatless version of its signature Whopper in Burger King locations around St. Louis, Missouri this month, the fast food company said in a statement that it plans to continue tests in additional markets “with the intention of nationwide distribution by the end of the year.”

“The Impossible Whopper test in St. Louis went exceedingly well and as a result there are plans to extend testing into additional markets in the very near future,” the company said. “Burger King restaurants in St. Louis are showing encouraging results and Impossible Whopper sales are complementing traditional Whopper purchases.”

It is not immediately clear where else the Impossible Whopper will be tested and how soon it will be available at further Burger King locations. Currently, 59 stores around St. Louis carry the meatless Whopper option.

The nationwide introduction of a vegetarian Whopper signals a more mainstream effort to include more meat-free options at national chains. Impossible Foods, the Silicon Valley company that created the “meat” used in the meatless Whopper, has also made its product available at White Castle. The plant-based meat used in the burgers gets its bloody look and sizzle from an ingredient called heme. Beyond Meat, another company that offers plant-based meat options, has made its way onto the menus of several other restaurants, including Carl’s Jr., Del Taco and TGI Fridays. 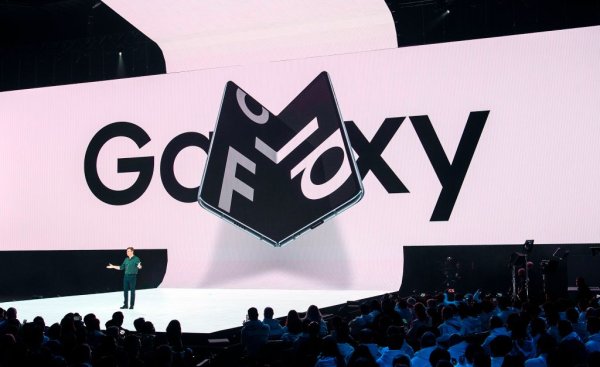 Samsung Is Delaying the Galaxy Fold After Reports the Foldable Phone Was Breaking
Next Up: Editor's Pick