Should You Get a Measles Booster Shot? Here's What Experts Say

Unvaccinated individuals have been the focus of attention during this year’s measles outbreaks. A record 704 cases of the illness have been confirmed in 22 states so far in 2019, and the CDC says the majority of those diagnoses have been in unvaccinated people. Health officials have repeatedly warned nearly everyone to get the shot if they haven’t already — sometimes threatening fines for those who refuse.

But are those who have already been vaccinated safe, or might they need extra protection? Here’s what to know about measles booster shots.

How effective is the measles vaccine?

Currently, the Centers for Disease Control and Prevention (CDC) recommends that children get two doses of the measles, mumps and rubella (MMR) vaccine, unless they have specific allergies or prohibitive medical conditions. The first dose should be administered between 12 and 15 months, the CDC says, while the second should be given to kids ages four through six.

But until 1989, the CDC only recommended that children get one dose of the vaccine. Two doses of the shot are about 97% effective at preventing the measles, while one dose is about 93% effective, the CDC says.

Older adults may be even less protected. The measles vaccine was introduced in 1963, and some early versions of the vaccine were not as effective as those offered today, the CDC says. That’s because the initial version was a “killed” vaccine, or one using an inert version of the virus, Schaffner says. Today’s vaccines, by contrast, use a live virus that’s not potent enough to actually produce disease but provides better protection against future infection.

Who needs a measles booster shot?

The vast majority of people who get two doses of the measles vaccine are protected for life and do not need a booster shot, Schaffner says.

But some people should consider getting re-vaccinated, even if they’ve gotten some form of the vaccine, he says. Those of highest priority are under-vaccinated adults — in other words, those who received only one dose or a less effective early version of the MMR vaccine — who are planning to travel to countries where there are active measles outbreaks, such as Israel, Ukraine and the Philippines; live near active outbreaks in the U.S., such as those in New York, New Jersey, Michigan, California, Maryland and Georgia; or work in health care, Schaffner says.

“If anybody falls into those categories and they are concerned, the response is very simple,” he says. “Go to your health care provider, including a pharmacy, roll up your sleeves and get a dose of MMR.”

People who have previously had measles are also considered immune to the disease, so they likely do not need a booster shot even if they were not vaccinated, Schaffner says. (The CDC presumes that anyone born before 1957 is immune to measles, since the virus was so common back then.) But Schaffner says older adults who work in health care settings or live in high-risk areas may want to get a shot anyway, especially if they’re unsure of their measles history.

Is it dangerous to get re-vaccinated?

“There’s no downside risk,” Schaffner says. “You may get a little bit of a sore arm, but that’s all.” (Consult your doctor if you’ve developed any of the medical conditions that complicate vaccine recommendations, such as severe allergies, cancer or HIV, in the years since your initial vaccination.)

Although it’s likely harmless, Schaffner says it’s not necessary for most people to get another dose of MMR, especially if they’re up-to-date with CDC recommendations. Even under-protected people who do not live near ongoing outbreaks and are not planning to travel internationally don’t have a pressing need, Schaffner says — but those people can get re-vaccinated if they so choose. 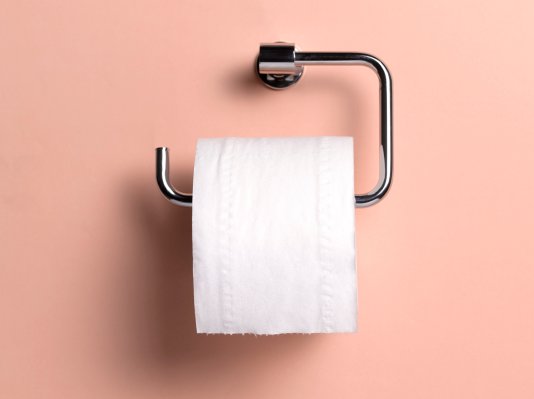 The Germiest Place in Your Bathroom Isn’t Your Toilet
Next Up: Editor's Pick